About City of Heretics

Out of prison after seven years, aging hard man Crowe returns to Memphis with only a vague plan for revenge, but Memphis and the world have moved on without him. Everything has changed, and Crowe is a dinosaur. With little to live for, he sets his sites on the city’s new crime boss. But before he can enjoy his vengeance, he has to track down a brutal murderer cutting a swath through the city—ultimately leading him to confront a bizarre secret society of serial killers masquerading as a Christian splinter group. Dogged every step of the way by criminals, cops, and killers, and plagued by visions of a mysterious Ghost Cat, Crowe is pushed to the limits of his endurance, but you can’t keep a bad man down…

Praise for City of Heretics

“City Of Heretics is one of those books that don’t come around very often, a novel that brings joy and pleasure because of the way it’s written. Brooding, fresh, dark, eventful, full of suspense and tension and nigh on perfect. A must.”
—Nigel Bird, author of Ain’t That a Kick in the Head

“City of Heretics is a modern noir evoking the classics of the 50s & 60s. It’s the story of an undeviating, relentless, compulsion. Crowe is just out of jail and only has one desire – to take down the people responsible for setting him up. The only consequences Crowe considers are whether or not his actions will move him any closer to payback time. And he doesn’t walk away from any of this lightly.”
—Seth Lynch, author of A Dead American in Paris 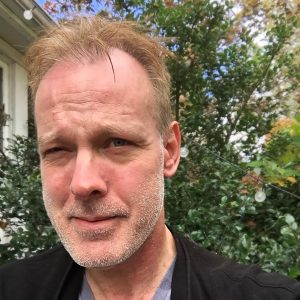 Heath Lowrance has lived in a hundred places, including Memphis, TN, but currently resides in the notorious Flint, Michigan, where he’s right at home. He has, at various times, been a tour guide at Sun Studio, a surly record store clerk, a private detective (not as interesting as it sounds), and a cartoon animal at a children’s pizza joint. He’s the author of the novels The Bastard Hand and City of Heretics, as well as the short story collections Dig Ten Graves and I Was Born a Lost Cause, and the horror/western collection Hawthorne: Tales of a Weirder West.