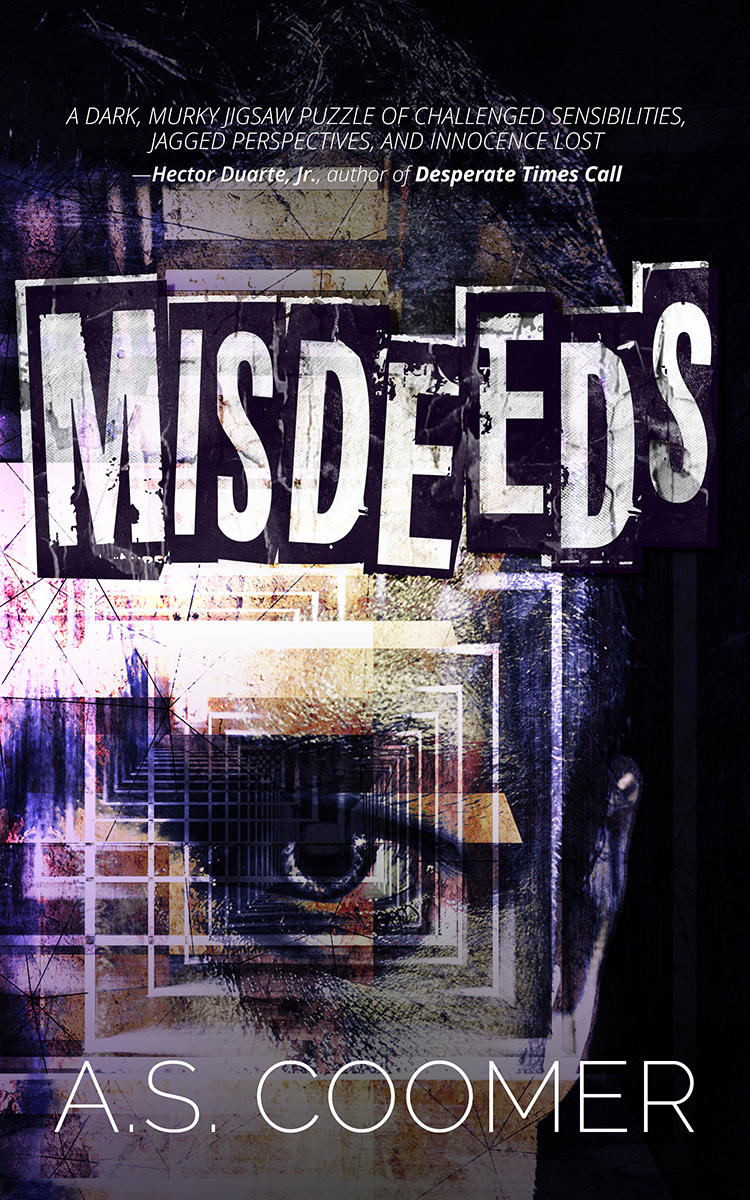 Misdeeds is a collection of crime fiction from A.S. Coomer. It contains the previously-unpublished novella, Dellie’s Ditch, as well as five short stories: The Goddamn Amazon Here, The Fixer, Trail Magic (Good Intentions), Buffalo Nickel Hat, and the Pushcart Nominated More Rust than Nickel. While these five short stories have appeared in print, in one form or another, this is the first time they’ve been included in a single collection.

Dellie’s Ditch unleashes a vagabond Rasputin with ill intentions onto a quiet neighborhood in south Toledo, where he quickly begins inflicting his sinister control of the suburban children.

The Goddamn Amazon Here lets the horror slip into the ordinary.

The Fixer is the guy you don’t want to meet, the guy who collects debts and fixes problems. Chances are you’re not going to like the way he fixes things.

More Rust than Nickel is a bleak look at the pale, seedy underbelly of America. Set in his hometown of Detroit, Cable is a man in limbo, no longer able to fully exist in the past but not willing to adapt to the present. Something’s gotta give and somebody’s gotta pay for Cable’s hard-luck life.

Trail Magic (Good Intentions) is an epistolary from a monster that preyed upon hikers and wilderness lovers on the Appalachian Trail.

A casino in Toledo, Ohio is the stage for an armed robbery that doesn’t go quite as expected in Buffalo Nickel Hat.

“Coomer isn’t afraid to pull you in and out of a dark, murky jigsaw puzzle of challenged sensibilities, jagged perspectives, and innocence lost.”

“Coomer’s characters span a continuum—adventurous adolescents, loving siblings, disaffected rednecks, and general ne’er-do-wells.  But no matter the type, they end up in the same psychological hellthe inevitable destination in the dark America he serves up.” A.S. Coomer is a writer and musician. Books include Birth of a Monster, Memorabilia, The Devil's Gospel, Shining the Light, The Fetishists, Misdeeds, Rush's Deal, The Flock Unseen, and others. www.ascoomer.com