I should know.  I’ve been in and out of enough clinics to run the Yelp of rehab.   I’ll tell you the best scenery, the best staff.  (Menninger Clinic in Houston, by the way; tell ‘em Dane sent ya.)  I can even tell you which ones are best for meeting a sobriety buddy.  Or a fuckbuddy.  Menninger’s good for those, too.

Angie’s riding shotgun in my busted-ass Accord.  There’s snow falling, which isn’t great when your tires are smoother than Michael Jordan’s head.

Angie is another truth about addiction: if you don’t want to get clean, you won’t.  I went to Menninger because I didn’t want to be taking enough Xanax to bliss out a rhinoceros.   Angie went because she’s an LA girl and the Arizona yoga-retreat clinics were just full of the same: out of the clinic, plane home, floating in booze before the sun even slammed into the Pacific.   When we met, she had junkie eyes: glazed, flicking from darkness to light, never sure which one was worse.

Now Angie rides shotgun in a busted-ass Accord with Pennsylvania tags because free snoots of Charlie are worth wearing a Steelers beanie and pretending to give a shit.  Because even this is better than pretending to be an actress and snorting your allowance.

“Nobody should get an allowance at 25,” I had said.  At Menninger, that’s enough to serve as a pick-up line.

“What does she want?”  I nod towards a heavyset woman on the opposite curb.

Angie taps a makeup compact in her purse. “Snow.”

This is how we distribute: customer brings back an empty compact; Angie meets her – it’s always a her.  They switch the empty (with the cash) for the goods.  We’re ethical:  I’m no sleazebag who fucks his customers or takes their mama’s microwave to a pawnshop.  Straight cash, every time.  Angie gets a fair cut.

She steps out, skinny jeans and ankle boots still a fucked-up look for the gunmetal sky and road-salt grime.  At least she’s traded the tight leather jacket for a ratty secondhand Pens coat.  Secondhand from me, that is.

I pop the Accord around.  Stare at the 31st Street Bridge, blue arches over the Allegheny.  Light a cigarette, windows open.  January breeze whips through.

“Why paint this one blue and the others yellow?” I ask, expecting no response.

“Bitch shorted us,” Angie says through the open window.

“Once is an accident.  Twice means she ain’t paying.  You in?”

“Having a chat” requires little beyond a hello and a handgun.  Then we’ve either collected a debt or we wrap a nylon garrote around our interlocutrix.  One result pays the rent.  The other is necessary.  And gives me nightmares.  I’m a dealer, not a killer.

Another truth about addictions: once you’ve got one addiction, you’re awash in them.  Coke; money; sex.  I stay clean now.  Except the sex.

We watch the sun set.  Drive to Shadyside.  Get the woman into the Accord.  Have a chat.  Toss her phone into the Allegheny.  Drive to an empty lot in Gibsonia, right off the turnpike.  Finish the deal, garrote and all.  Angie does the dirty work.

I grab the compact from the silly cow’s purse.

“At least we got the product back,” I say to Angie’s back.  She’s waist-deep in the trunk, handing me a weather-beaten tarp.

“I have a confession,” says Angie.

She ignores me.  “She paid.  In full. Both times.”  I stare into her eyes.  They’re great black orbs, the satiated  post-fix eyes of an addict.  Junkie eyes.

“Angie, what the fuck?” I slam the trunk.

“Like you said.  Your addiction does not care if it’s New Year’s.  The dogs barked.  So I fed them.  What the fuck did you think I was addicted to, coke?” 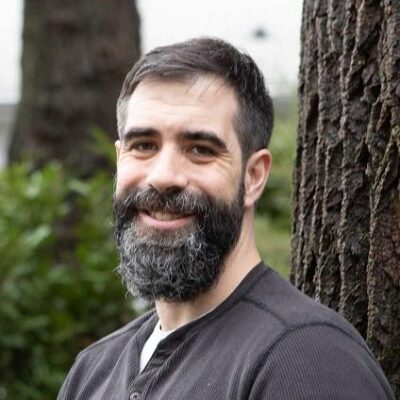 DC Smith has been shortlisted for the CWA Debut Dagger and was a finalist for the Capital Crime New Voices Award and Jericho Writers Friday Night Live event.  In addition to losing writing contests, he has had short fiction published in print and online.  He lives outside Washington, DC with his wife, daughter, and two dogs, all of whom are better looking and more empathetic than he is, but only one of whom edits his writing.   He can be found on twitter at @dcsmithwrites.