“Got one for you,” said Mary Alice. “How many clients does it take to change a light bulb?”

“Just one, but he has to tell you he’s never done this before.”

Mary Alice seemed so proud of herself that Diana felt obligated to chuckle.

“Why do they always have to say it?” said Mary Alice.

“I don’t know. Every guy has one first time. It must be true once in a while.”

Diana slid out of their booth at Rosen’s restaurant. It was Mary Alice’s turn to handle the check.

“Back to the trenches,” said Diana.

“You’re going to that guy’s house?”

“Well, you know what I think about that.”

After a couple of bad experiences Mary Alice had stopped going to private homes.

It was a short drive to neighboring Witherspoon Township. The place used to confuse her, but now she knew her way among the identical McMansions on identical lots. In ten minutes she was knocking on the client’s door.

He was his usual fifty-ish, overweight, unthreatening self, but something was off. She looked around. Her envelope wasn’t where he always placed it on the small table in the foyer. She raised her eyebrows and gave him a cool look.

He groped for his wallet and started thumbing out bills.

“Put the money away,” said a harsh male voice from the kitchen down the hall. Diana looked past Joe and saw the owner of the voice step into view in the doorway. “I told you, I never pay for it.”

She didn’t know the new man, but she had encountered the type. He was so lean in his wife-beater undershirt that she could see individual muscle fibers under the skin. The standard bushy prison mustache hid half of his face, and tattoos climbed up both arms.

“It’s my treat, Frank,” said Joe in a tone that said he didn’t expect to prevail.

“She wants to walk out of here in one piece. That’s the deal.”

“When did you get out?” said Diana.

Her level tone pleased her.

“Eleven years. I got a lot of catching up to do.”

It must have been for something heavy.

“This is my brother,” said Joe. He spread his hands in a helpless gesture.

“And I don’t use condoms,” said Frank.

Meaning he had it.

Frank came past his brother and confronted her.

“Suppose I pay you to use one?” she said.

Was she really going to be that pathetic? She might have no choice.

“You’re going to pay me anyway. Let’s see the bag.”

Diana knew she would have to make some kind of move, but in her confining skirt and heels she wasn’t dressed for running or fighting. In her bag she had nothing more formidable than hairspray, and how could she get to it?

And where the hell was Joe? Was he really that useless?

Joe must have read her mind. He reappeared in the kitchen doorway with a cast iron skillet in his right hand. He started coming toward her, but slowly, as if he couldn’t believe what he was about to do. Diana had her doubts also, but she knew what she had to do to help him.

Frank gave her a pitiless grin. She started to unbutton her blouse from the top down. She held his eyes with hers. She wanted to make him forget everything but her.

Joe came up behind his brother and raised the skillet. For a moment it looked as if he might chicken out and retreat, but then he brought the skillet down on Frank’s head with a clang.

Frank fell so hard that his face bounced on the bare wood floor. Joe stood over him with disbelief on his face, along with a whole lot of family history.

“Let me guess,” said Diana. “You’ve never done this before.” 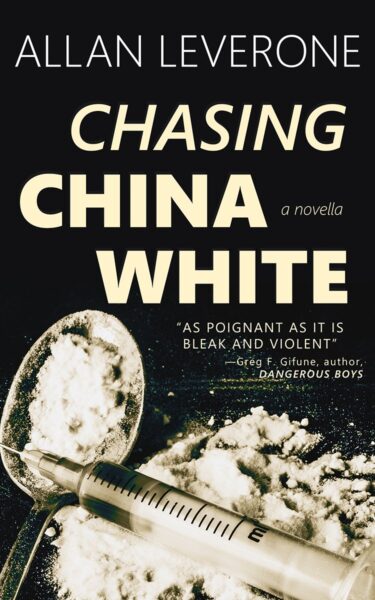