“Oh, boy! You’re a real floppy one.” Peyton struggled as he tried to lift the dead boy from his grave. He linked his arms under the boy’s shoulders and pulled back as hard as he could but the boy didn’t budge. Peyton felt his shoes sink deeper into the mud. He’d always thought that dead bodies would be stiff, like he’d seen in movies. But the dead boy just sunk in his arms every time he tried to move him. Peyton was breathing hard now, exhausted from digging and wrestling with the body. His arms burned. Instead of yanking the dead boy upright, he folded him over and took a break. Peyton wasn’t much older or bigger than the dead boy. That was the idea.

They never buried people deep around here. Something about water underground. This was good for Peyton. He was small for 14 years old and not that strong. The boy hadn’t been buried long and it only took Peyton 2 hours to unearth him.

Before Peyton started digging he read the tombstone out loud.

Peyton whispered “Sorry, Jimmy” as he thrust the shovel into the ground.

Peyton had known Jimmy from school but they never spoke. Jimmy was a grade younger but the boys were the same height and shared similar features. Two weeks ago Jimmy had been ejected from his parents’ car after it skidded off the road. Jimmy had to be cut down from a tree hours later. Peyton crawled into the casket behind the now flopped over Jimmy. Peyton couldn’t look Jimmy in the face, so he just stared at the back of his head. He hoped it had been quick and painless, but he knew better.

Peyton pulled Jimmy up and, with all his strength, tossed his arms over the side of the grave. There was a thick fog coating the cemetery, but if someone were to focus their eyes on Jimmy’s grave they’d certainly see the dead boy inching his way to the surface.

“There we go, Jimmy.” Peyton used his back to keep Jimmy propped up while he took a few breathes.

Peyton pushed Jimmy’s torso up first and then tossed each of his legs over the edge of the grave. Once he got Jimmy’s entire body out, he thought it would be easy to drag him. But Jimmy would not make anything easy for Peyton. He flipped Jimmy over so he was facing the dirt. Peyton was afraid of Jimmy suddenly opening his eyes. He wouldn’t know how to answer them. Peyton tucked Jimmy’s feet under his arms and began to drag him. He felt resistance and imagined Jimmy trying to claw his way back to his grave. Peyton didn’t turn around.

“I’m sorry Jimmy. I really am.” Peyton pleaded. “But you gotta come with me.”

Peyton had rolled a large metal tool chest to the walkway closest to the grave. He knew Jimmy would fit into the bottom cabinet of the tool chest. He had spent enough time there himself. Peyton got Jimmy’s legs in first then started pushing his torso in but the tool chest began to roll.

“Please! For Christ’s sake Jimmy!” Peyton shouted in anger and frustration. He ran after the tool chest and blocked it from rolling any further by turning it into the grass. With another strong tug they were rolling along nicely. Half way back to Peyton’s grandparent’s farm, he felt his arms getting weak.

He rolled Jimmy towards a small shed on the farm. Peyton took Jimmy from the tool chest and sat him up inside the shed. He dressed Jimmy in his old clothes and shoes.

“I’m sorry you have to die again Jimmy, but it’s for a good cause. I need to get outta here. And it’s not really you that’ll be dying anyway, it’ll be me.”

Peyton adjusted Jimmy’s head and looked him in the face, amazed at how much they now looked alike.

“You look good Jimmy. Thank you.”

Peyton took out a can of gasoline, splashed it around the shed, lit a match and walked away, relieved. 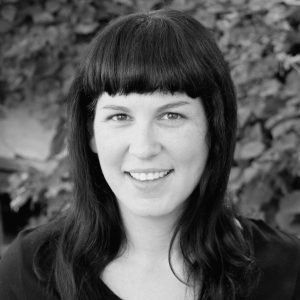 Casey Schwarz is a Physics professor at Ursinus College. She lives in Collegeville, PA with her husband and perfect dog.