As it played out, I was working for my boss’s wife when I lost mine and ended up with another. Follow along.

I had come out of Daddy D’s with lunch. It was supposed to be for my boss and me. I wasn’t hungry. His wife had paid me to dose it with rat poison.

That’s when I saw the flat. I was digging out the jack when I heard the Expert.

“Looks like you got a flat there,” he said.

No shit, Sherlock. He sidled up, adjusted his pants like the Flat Tire Changing Inspector. He was short, had a long, white beard, glasses and a kind of slumpy cloth cap.

He leaned down as I worked the iron.

Then he told me about his Subie. I ignored him, got the tire off, brought back the spare.

“Lemme check somethin’ for you,” Expert said. “Get my gauge.”

He walked around the other side, where I couldn’t see him. I heard clanking, then a crunch, then another, and something hit the ground.

He came back carrying a metal thing. “What’s that?” I asked.

“It was stuck, up under your car,” he said. “Coulda caused you trouble.”

During my trial, I learned that it was my catalytic converter. Full of precious metals. In broad daylight, the Expert steals something worth two K an ounce.

Back when I was still changing the tire, he went to the front tire, squatted slowly, got onto his knees, pulled out his gauge. I was trying to get the spare onto the lugs when I heard the hissing.

The stem shot over his shoulder. Now that tire was flat, too.

“I think I see the problem,” he said. I saw him flick open a pocket knife and start digging at something in the treads. Next thing I know, the blade goes through the tire.

As if he were deaf, he slid a jack under the frame and started cranking. The car shifted. My jack tilted slowly and then the wheel drum crashed to the ground.

He strolled up, casual. “Must not’ve set the brake,” he said.

That’s when I flat lost it. I hit him with the tire iron, again and again, until it was too late. Liz, my wife, had to finish changing the tire.

My trial was a mess. The D.A. put Liz on and she told about the time I beat the neighbor’s cat to death — “With a tire iron” — for raiding our bird feeder. The judge gave me five years at Ponderosa Min-Sec for manslaughter. Justifiable homicide, if you ask me.

Never did serve the poison pizza. Never did collect from my friend’s wife. Straight to jail. No $200.

Liz visited a couple of times. Then she and the D.A., they started making babies. Served him right.

The real surprise, though, was the other visitor. When Liz would leave, here came Bette. Always happy to see me. Real nice looking. She came to my sentencing, testified for the defense. Said I was a good guy, had done a lot for her.

I didn’t know what, but I didn’t object.

Later, on prison visits, she sat behind the glass, smiling. Every so often, she would say “Thank you, thank you so so much.”

It was confusing at first. Then I remembered what her husband had been like. 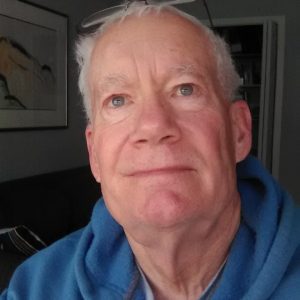