Get in the Trunk

Dwayne and Noe are looking for a victim. They’d been stealing dogs in rich neighborhoods and selling them back to the owners. That dried up, cops were on the lookout. Dwayne figured out that they were being set up and they quit the ransom business.

“All right,” said Dwayne, “we just go back to collecting dogs and cats anywhere we find em and sell em to the medical school.”

They decide to go back to an old racket, looking for rich old guys driving luxury cars.  Dwayne insists on driving.

“Yeah, I’m so stupid,” says Noe. He is tired of being patronized.

They decide on a certain stretch of road and it takes an hour to find a target.

“There we go,” says Dwayne. They pull up next to a guy, looks about eighty, driving with his wife in a taupe Lincoln. Dwayne gets in front of him and slows up, when the old guy gets up close to his rear bumper Dwayne slams on the brakes and they get rear ended hard enough to crunch the rear of their little Nissan. They pull off onto an access road. With a tall noise barrier wall, they are out of sight from the traffic and it’s just raw desert on the other side. The guy follows them.

Dwayne gets out and approaches the old guy, who is very calm. Dwayne goes through the drill. He’s very conciliatory, it could happen to anyone. Dwayne introduces himself and the guy says he’s Sal something. Strangely calm, no anger, very steady.

“Clearly your fault,” Dwayne tells him.  “Shame if you were to lose your license. Or if your kids take away your keys. You know, all we really care about is to fix the sheet metal.”

“Just between us,” says Noe on cue. “No police report.”

They are doing the guy a favor, see?

“No police, I like that,” says the guy. It’s funny, his wife is totally relaxed. In fact she looks kind of amused.

Dwayne starts the spiel, let’s just drive to an ATM. Noe is suddenly aware that a guy is standing right behind them, watching. He must have stopped his black Chrysler 300 way ahead of them and backed up while they weren’t looking. The old guy ignores this stranger, like he doesn’t see him. Or, Noe thinks, like he always has a guy tagging along, watching over him. A big guy, in casual business dress. Sunglasses. Dead serious expression.

Dwayne ignores him and keeps talking to the old guy.

“Do you have a nearby bank? Really all we need is an ATM.”

“Dwayne.” Noe’s radar is going off. Something is not right.

Dwayne turns to Noe and does that disguised snarl thing. That, shut up and stop interrupting me thing.

“Noe? Can you let us finish talking?”

Now Dwayne notices the new guy, and he jumps a little. His anger turns to confusion and then submission over the next minute as the atmosphere changes.

Sal, the old guy, takes over without raising his voice. Like a guy who’s retired but still gives orders and expects to be obeyed.

“This is my business manager,” he tells Dwayne. The new guy shows them a semi auto with a suppressor.

“Here’s what’s going to happen. You guys go with him,” says the old guy, “and he’ll take care of everything.”

As they walk toward the black car, with the business manager close behind them, Noe has a flash. That name is familiar. Ten years ago, maybe eight years ago, there was a guy, in the news a lot for a few months.

A connected guy, big shot from the Northeast with a lot of legal problems, ended up getting the charges dropped. Same name.

At least, he thinks smugly, he figured it out before Dwayne. 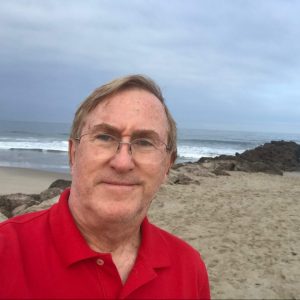 Scott McDonald has flown old prop jobs like DC6s and Constellations all over from Alaska to South America. He writes adventure and crime fiction, lives in the American southwest, and likes Mexican food