Julie was livid, and he couldn’t blame her. He wasn’t exactly excited to be working his way through a list of seedy adult stores instead of being at Piglet’s fifth birthday party, but they both knew what they signed up for.

Detective Krohn hung up and stepped from his tidy white sedan. He pulled a blue handkerchief from his back pocket as he navigated the cigarette butts and loogies. The door to the Pleasure Chest was light, bulletproof plastic crudely blacked out with garbage bags. Krohn used the handkerchief to push it open and was greeted with the smell of silicone and an expanse of chipped yellowing linoleum, the same as in Kink Castle and Dirty Little Secrets, and the shop before that.

What a colossal waste of time.

Two gangly young men lounged behind the counter, all legs and floppy hair. Neither looked old enough to belly up to a bar. Krohn strolled up and gave his spiel, expecting the shrugs he had been getting all day.

“What magazines were they?” the blond clerk asked. His nametag said Joey.

Krohn flipped through his notebook. This was ridiculous. He should be eating sickly sweet pink cake right now.

He read off the first few titles. The pimply-faced clerks exchanged a look.

“Girth? You sure?” Joey croaked.

What did these pricks think he was doing, making shit up? He wasn’t even convinced half of these names were real, it was like some sick joke the Captain was playing on him.

“Well…” the second clerk, a little taller and clad in a punk rock t-shirt, looked down at his hightops.

Joey filled the silence. “Well, the only person who buys Girth is Miss Nancy. We special order it.”

“Yeah,” Punk Rock confirmed without looking up. “That’s one she buys for her students.”

Sunday afternoon, Krohn was back in his sedan, listening to RadioLab and munching charcuterie Julie had packed, when a tiny figure in a lilac shift appeared from behind the Pleasure Chest. The small purse hanging from her frail wrist, her short gloves and pillbox hat all matched. She reminded Krohn of his grandmother.

As the pensioner approached, the door opened and Punk Rock appeared, playing doorman. He looked around like he thought he was Secret Fucking Squirrel or something and found Krohn’s eye, nodded.

Miss Nancy (Nancy Clayden, age 92, of 618 Deerfield Place, as it turned out) looked somehow smaller sitting in the orange plastic chair, hands folded in her lap. Her tiny black MaryJanes reached nowhere near the floor.

Krohn followed Officer Davide as he slowly lumbered in, clearly uncomfortable with the situation. Finally something the two could agree on.

“Title 18, Section 1725 states any person who knowingly deposits mailable matter in an established letterbox shall be subject to a fine,” Davide mumbled.

Miss Nancy reached for her purse. “Oh that’s not a problem. How much?”

Krohn and Davide exchanged a wary look and sat.

“Before we get to all that,” Krohn said, “why don’t you tell us about the … magazines.”

Miss Nancy nodded. “What would you like to know, dear?”

Krohn felt his mind go blank. He cleared his throat. What could there possibly be to know about a little old lady walking through upscale neighborhoods, stuffing mailboxes with obscure pornography?

“How did you pick the houses?” Davide finally asked.

“The ones where my students live,” Miss Nancy said as though it were plain as the table between them.

“Mostly the repressed wife sort. Married too young, no clue about this or that.” She matched Davide’s lean with one of her own. “I’m the Sex Ed Granny.”

Later, Krohn would swear she winked. Seeing the headlines would serve the Captain right, sending him off researching smut on Piglet’s birthday. 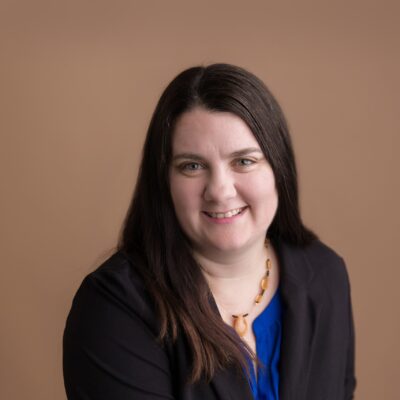 Crysta Parkinson has always been a writer, but she took a break to raise a great big “his, hers, and ours” family. Now that there is just one left to release upon the world (complete with plans for total world domination) and she has transitioned from band-aids and book reports to long phone calls with her adult children, she is now exploring her passion for writing creative non-fiction and fiction. As of 2020, she and her Kiwi hubby are transplants to Tulsa, Oklahoma. Get to know Crysta at her website: https://crystaparkinson.com/ and on Twitter at https://twitter.com/crystafornd