I was chasing an escaped, psychotic, naked midget with a thick black beard across the car park. Sprinting, breath burning in my lungs. He was always a foot in front and I just couldn’t quite reach him.

Me, in my light blue NHS issue tunic and navy pants. Black boots. Him, in his birthday suit, head down, arms swinging like an Olympian.

I was gaining on him and just as I could feel my fingertips getting nearer I wondered just what I was doing for a living. Thinking, if I trip him he’s going to get skinned on the concrete. If he resists, I’m going to end up in some kind of Greco-roman wrestling match I haven’t been trained for. This is psychiatry on the front line.

It was 13:20 and the late staff were pulling up in the car park for their shift starting at half past. I was whispering silent prayers to the psychiatric Gods as I spied the back up.

They soon turned to curses as I clocked the laughter and the horns blowing from the cars. The wolf whistles and the swit swoos. I laughed despite myself. Fucking cunts.

I debated what to do and by the time I decided to do a rugby tackle onto the small patch of grass it was too late and he’d escaped off the grounds and my jurisdiction ended.

“Nevermind, there’s plenty more fish in the sea,” the uniforms shouted as the wolf whistles reached a crescendo.

I was panting away trying to get my breath back, lit a smoke, and gave the fuckers the finger, laughing again.

This is psychiatry. I smoked and wondered what I was doing with my life, chasing naked, psychotic midgets with thick black beards, getting cat calls, alarm bells, control and restraint, slashings, hangings, rooftop negotiations, and I debated whether or not just to jack in, give my notice and get back into the real world, the cosy world, the safe world, the world of hidden aberrations to the stale norm.

I concluded fuck that, I’d carry on. Why? Because I was institutionalized and I might as well embrace it.

It was only a couple of hours before the police brought the midget back. I was in his dormitory making up the beds with sweat dripping down my face as he scurried in.

There was old Walter, deaf and blind, sat in a chair by the window.

The midget laughed in my face.

He saw my expression switch as my eyes changed and he watched, feet stuck to the floor, as I walked over to old Walter and walloped the old man’s chin with a right hook, skewing his jaw and sending dribble splattering onto the window.

I said, “Why, you no good little cunt. What in the hell possessed you to do that to such a vulnerable human being?”

The midget shook his head and his mouth had dropped open. He stammered out, “You, you, what did you do?”

“No. What did you do, dickhead. Who are they going to believe?” I gave him a grin and hit the alarm. Then I ran over and put the fucker in a headlock as the rest of the staff came charging in. Said, “He attacked old Walter. I walked in on him. Get his arms.”

They put him in full restraint and practically carried him to the seclusion room as he was screaming my name.

He wanted to play games, then hell fire, I could play with the best of them. A record of assaulting staff and patients would keep him in the system longer than he could ever have imagined. He’d be sent to a forensic place and out of my hair. 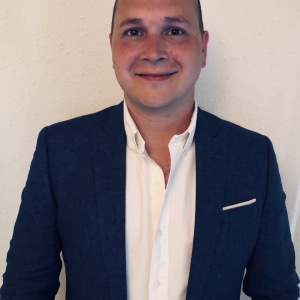 L.A. Sykes is from Atherton, Greater Manchester, UK. He is the author of the short story collection Noir Medley and the novella The Hard Cold Shoulder published by Close to the Bone. His next book is coming out in April 2020.