She was a toxic tort attorney, a fancy way of saying she represented towns poisoned by local industry.  Her life was depositions, hotels, the office.  She couldn’t remember the color of the walls in her apartment.

Wedding rings could act like a beacon, on a certain sort of man.

Glen turned out to be that sort of man.

For a time, everything was unspoken and electric.  A casual touch of the hand held a moment too long.  A glance below the neck before returning to the eyes.  Then they were crammed into a Florida hotel with pastel paintings of beaches nowhere near them, drinking at a bar after deposing families poisoned by the local tannery.  Descriptions of the metallic taste of tap water, washed away in glass after glass of cheap red wine.

Alcohol made the touches and glances less furtive, and their hotel rooms were always booked right next to each other.  Just an arm’s reach away.

She was happy Glen didn’t make the first overt move.  The thick gold band lit up with chips of diamond, tinkling against his drink.  He was hesitant, which was sweet.  The drinks led to a kiss, which led to a six month whirlwind affair.

She knew from experience there would be rumors, but experience taught her she could handle them.

The hotel sheets were still warm and wet when he said it, still in the liminal space where lies were acceptable.  She wouldn’t hold him to it.

Glen left his wife.  He wasn’t the first to say he’d leave, but he was the first to follow through. Which was sweet.

No longer a rumor, glances and touches became open and free.  Kisses tasted honest.  Something lost; something gained.

It was a small ceremony.  A big wedding would have been hard, overlapping the messy divorce.  Glen was financially devastated, but following a class-action settlement against a national chain of oil change franchises, she covered the new mortgage.

Two children, who looked and acted nothing like her.  With Glen’s red hair, blue eyes and open smiles.  She tried not to feel cheated.

She worked less.  He worked more.  Pick ups, drop offs, dinner over book reports.  Hands met as she gave him a thermos of coffee on his way out the door, but didn’t linger.

She wasn’t as connected as she once was at work, but eventually got wind of the rumors;  the young associate, fresh out of law school.  Flights, room charges, dinners.  A bill for a necklace, never received.  On the job, she’d always enjoyed the paper trail.

A deeper dive revealed others.  Glen’s wife got wise.  She’d left him, not the other way around.

When she’d first kissed him, she’d liked that Glen hadn’t tasted like a cheater.  Apparently, she was one of many who liked that.

It was one thing to end an affair, but Glen had made promises to her, and to the kids.  His emails confirmed he was leaving, this time by choice.  She’d given him a home, children, her career.  She’d taken her vows literally, and they hadn’t yet reached the clause where he could part ways.

The water came from the northwest banks of lake Okeechobee, where all the fish had washed up on shore, bloated and misshapen.  The tributary ran alongside the tannery.  The lawsuit was ongoing.

Glen’s coffee would hide the metallic flavor the townspeople complained of.  Based on what she’d learned in depositions, eyesight would go first, then the feeling in his legs.

She knew from experience there would be rumors. She could handle them. 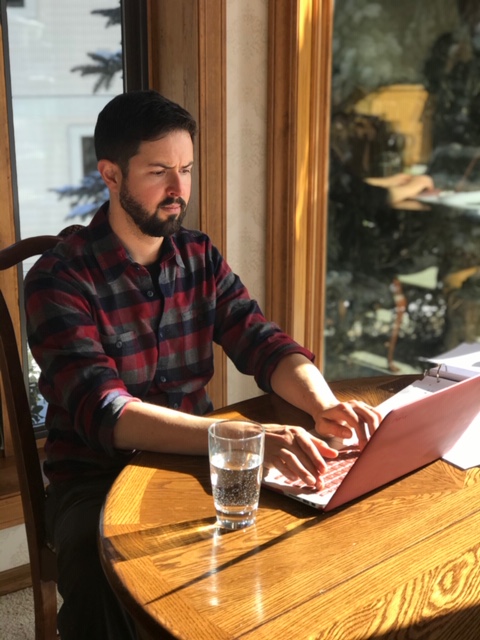 Colin Alexander is a District Attorney living in the San Francisco Bay Area with his wife.  He is currently reading excerpts from his second unpublished crime novel to his dog, who is supportive, particularly when characters find bones or take walks.