Superman had Batman bent over while Spider-Man watched.

“Damn it Billy, stop fucking around and help me look,” Ray said.

Billy looked up from positioning the toys on the desk and flipped him off. “You aint the boss of me.”

Ray walked over to Billy and slapped the action figures out of his hands. “Like hell I’m not. Now go look in the bedroom. Or do you just want to go fess up to Mr. Graham?”

At the mention of their boss, Billy set the toys down and said, “Just messin’ around cuz.”

Ray watched his cousin disappear into the trailer’s bedroom. Lord  he could be a handful.  Billy’s momma coddled him too long, on account of having no man to call her own, and that had caused Billy to grow crooked as a tree branch. It’s why Mr. Graham hadn’t been so hot on bringing him in. Took Ray’s promise that hewould be responsible for his cousin to finally get the old man to agree.

Ray looked around the home. Stacks of comic books lined the walls of the trailer, some of the stacks reaching up to Ray’s waist. Yellowed, torn pages peppered the floor, a sea of colors and capes that crumpled under his steps. Toys lined the few shelves of the house, still trapped in their cellophane wrappings.

“Aint nothing in there but some nudie mags, toys, and more comic books,”  Billy said, coming out of the bedroom and flipping through a magazine. Unfolding the pictorial, he opened his mouth to say something else when they both heard the door  unlock.

A man dressed in cargo shorts and a ratty old Metallica shirt walked into the trailer, carrying a brown parcel under his arm. He ran a hand through his poorly cut, neon green mohawk and whistled a tune, never noticing the two men pressed on either side of the doorway until Billy grabbed him by the back of his neck and pushed him forward.

“Nice to see you again Eddie” Ray said, and then motioned to his cousin, “that there’s my cousin Billy. He’s my,” Ray paused, trying to think of the word. He remembered hearing it once, when he went to the Applebees next town over and the snot nose waiter used it to describe the big boobed girl following him around. Oh yeah, now he remembered, “trainee.”

Eddie hugged the package and looked from Ray to Billy. He stammered, “I didn’t take no money.”

“Take note,” Ray said to Billy, stepping closer to Eddie. “The dumb ones will always fuck up.” Back to Eddie, “I didn’t say nothing about no money.”

“It’s all over town,” Eddie said, “someone went and robbed one of Mr. Graham’s men. Took a couple of grand.”

“No one robbed me,” Billy said, pushing Ray out of the way and slapping Eddie in the face. “They sucker punched me from behind and took off.”

“I wouldn’t do that,” Eddie said. He pulled his legs up and tried to sink into the cushions. “What am I gonna do with that money? Haven’t touched Mr. Graham’s stuff in three months, God’s honest truth.”
“That’s what people say,” Ray admitted. “Another thing to remember Billy, once an addict always an addict. They just move from one thing to another, way a dog goes from licking his pecker to licking his balls.”He crouched down next Eddie and looked him in his pock marked face. “Bob over by the gas station says he saw you gunning it just moments after Billy here got robbed.”

“I’d wager he could be full blind and still be able to see that ‘do,” Ray motioned to Eddie’s hair. “Come on Eddie, we know you did it. Give up the money and maybe Mr. Graham will go easy on you.”

Eddie sniffed and looked down. “I don’t got the money no more.”

“You asshole,” Billy shouted. He reached into his waist band and pulled out a gun. Before Ray could stop him, he unloaded six bullets into Eddie.

Blood, sofa stuffing, and paper rained down on Ray as Eddie convulsed on the lazy boy and died. The motion tipped over a nearby stack. All those comic books spilling to the floor sounded to Ray like hundreds of birds escaping their roost all at once.

Ray jumped up and shoved Billy. “You dumbass,” he said.

Bending down, Ray reached inside the box and took out a comic book with a bullet hole t dead center on the cover. Ray wiggled a finger all the way through the book before looking at the paper that came with it. It looked like an invoice of some sort and read: Incredible Hulk 181:First appearance of Wolverine. Mint condition. Next to the title of the comic book, there was an amount- four thousand dollars.

Ray looked up to Billy. “Start packing up all the comic books.”

“Why?”
“Cause your better fuckin’ hope that one of them is worth as much as this comic book,” he said, throwing him the copy of Incredible Hulk 181, “It’s either that or Mr. Graham will make sure we both end up looking like it.” 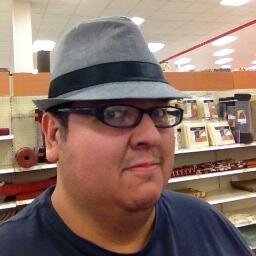 Hector Acosta has had short stories published in Shotgun Honey Presents: Both Barrels, Weird Noir, Thuglit, and JukePop Fiction. He's currently looking forward to finishing his novel starring a character that he conceived for Both Barrels, as well as the weekend. He can be found at twitter.com/hexican, as well as other nefarious corners of the internet.