Caleb woke to a long ripping noise behind him. Moonlight dappled through the canopy of leaves above him. He felt rough bark against his back. When he tried to move, he found he couldn’t pull his torso away from the tree. He tugged but his arms were trapped too. To his left, a woman with candy apple red hair and a mask pulled up to her nose rounded the tree pulling a spool of duct tape across the trunk. He tried to shout but the words were blocked by more tape across his mouth.

She noticed he was awake. “One second. Almost at the end.” Her voice was like gravel in a cement mixer. She pulled the length of her spool to the end and smoothed it out across his chest. One hard pat then she threw the empty spool onto the ground with five other empty spools.

She waggled a finger at him. “You’re good. I looked high and low for you. Went to your old hometown in Indiana. Spoke to your Uncle Matt. He hadn’t seen or heard from you in ages. And didn’t care too. I searched for any footprints online. Nothing. You disappeared with all my money off the face of the earth.”

His eyes grew wide. She pulled off the candy apple red wig and flipped it over by the empty tape rolls. Shaking her natural auburn hair loose, she pulled down her mask. Below her nose to her neck across the jawline was heavily scarred. She jutted her chin at an angle so he could get a good look.

“Your handiwork. That concentrated acid in my orange juice should have killed me. But I gagged instantly and threw it back up. I was able to dial for help. Still spent seven months in the burn unit.”

She went over to her wig and used rolls of duct tape. There was a garbage bag next to a one-gallon red plastic fuel container. The wig and spent rolls went into the bag.

“I had given up hunting for you after five years. Made a new life with some genuine friends. They even got me to go on a trip to Las Vegas. I wasn’t excited about all the lights shining bright on my scars but it was a great time. Then I saw you gyrating onstage at the Blue Oyster.”

She pantomimed a grinding dance move popping her hips at him. “I thought I had changed but your metamorphosis from skinny English professor to a buff striptease dancer? Touring the country from coast to coast. Always on the move.”

She hefted the red container and liquid sloshed inside. The tang of kerosene made his nose twitch. The fuel was cold as she poured it out in splashes on his trapped body. “My parents told me that finding you would never resolve my pain. All the therapy sessions led back to letting go of the trauma. Father Joe spoke of absolution for your sins. To let all my suffering go. And I had until I saw your muscular frame dancing up on that stage. Skin smooth and perfect as a Greek marble sculpture.”

Caleb shook with all his might. The tape held fast and all he did was scratch his back with the tree bark. He pleaded through eyes stinging with accelerant. She stared right into them with her own smoldering rage that he feared he would burn down the entire forest.

“Forgiveness?” She hoarsely laughed from her ruined vocal cords. “You can keep my money. I don’t even want my face back.”

She pulled out a metallic Zippo lighter and flicked a flame alight. “I just want your last breath,” she said as she flipped the lighter at him. 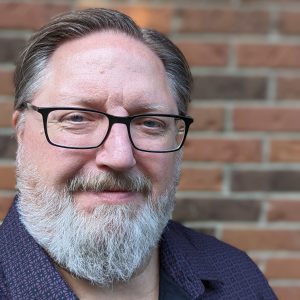 Rob D. Smith is a common man attempting to write uncommon fiction in Louisville, KY. His work has appeared in Apex Magazine, Shotgun Honey, The Arcanist, Thriller Magazine, Rock and a Hard Place Magazine, Tough, Maelstroms, and several other crime, horror, and speculative magazines, anthologies, and online publications. Find his work at https://robdsmith.carrd.co/