“It’s like having Ted Bundy for a brother – without the serial killing.”

“What else is there?”

“I think that’s a stretch.”

“I think you have to live my life.”

Detective Clancy stared at me a moment, but I stared back harder. He turned away, looking down on my brother’s body. I suppose that was easier. For him. For everybody. Help the addict, screw the addict’s family. Every. Damn. Time. I felt bad for Clancy. He was worried about me. We’d met on several occasions over the last year. Monthly community police meetings at the local church on the corner of Willett & State. I’m sure I always seemed to him a concerned citizen, a good neighbor.  We play many roles in life. He never saw my performance as tormented sister. Despair my constant companion, followed by bitterness and defeat holding the train of a veil for a wedding that like everything else in my life, stopped short of the altar. Unfinished novels.  Exhausted retirement accounts. No. Clancy just saw me as everyone else did – a middle-aged Girl Scout. What he didn’t know? I was determined to earn one more badge – Revenge.

“Are you Jeremy’s sister? Can you get me my money?”

“No. I can’t. Take a number and get to the back of the line,” I would scream.

Not that anyone listened. Sure. The only people who sold him OxyHeroinPercocetCocaineFentanylMethVicodin got paid. My brother’s best friends were my shadows, my ghouls, haunting me so much more than him, like mob enforcers shaking down family members for unpaid debts. Addicts can always get another fix. Me? I was suffering a withdrawal from normalcy as soon as I started getting threatening calls from both friends and strangers. A business deal that didn’t go through. A check that didn’t clear. Life savings. Down payments. Stock portfolios.  Across the nation and over several continents, accounts were siphoned clean by someone who clearly wasn’t.

Tapped out. Financially. Spiritually. I had enough.

Detective Clancy paced the floor between me on the couch, the coroner and the EMT guys still hanging over my dead brother. I looked across to the corpse. Other than the needle on the floor beside him, he didn’t look all that much different than when he was breathing – albeit erratically – after shooting that last speedball in his arm.

“You found him like this. He was still standing when I got here.”

“And then he collapsed?”

Two uniformed officers approached the beat up sofa where I was sitting, one remembering the cuffs from the back of his belt. The other held the jar – my two-gallon sun tea glass jar painted with daisies. My brother had once asked to borrow it. But not for tea. Or lemonade. Just hundreds of used needles in that jar. I bit back another scream. Clancy glanced at the jar of needles – my cashed paychecks for my brother’s elicit pleasure – and then back at me.

“Let’s go over this again. Did you see him shoot up?”

“And then you could see he was overdosing. You called 911.”

“I called 911…eventually. Someone had to pick up the body.”

Detective Clancy turned the unopened box in his hands.

He seemed to want the perfect answer. I only had the truth. It would have to suffice.

“When he got arrested forging prescriptions and I was getting harassed daily, I told him the only thing keeping me from killing him was I lived four states away, he was behind bars, and our parents were still alive. But if any combination of those things were to change…. Well. I’ve buried both parents, he’s out on parole, and I live three blocks away.”

I looked up at Clancy, but he still didn’t understand. He ran his fingers over the sealed NARCAN®.

“But all you had to do was open the box. Give him a dose.”

“The definition of insanity is doing the same thing over again and expecting different results, Detective Clancy. I’ve been called a lot of things. A lot of names. But I’m not crazy.” 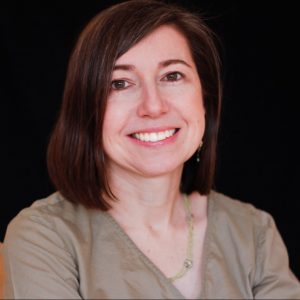 Brenda Kilianski’s thriller, Free Radicals, was published by Chicago Dramaworks, its world premiere produced by Stockyards Theatre Project.  Her essays and poems have been published in the Chicago Tribune, Chronogram, Spillway, and ONTHEBUS.  She lives in Albany, NY. Visit her profiles at the Dramatists Guild and the New Play Exchange for more information.