The Cessna Citation banked hard right for a few paralyzing seconds before leveling, and what caught Max’s attention was the glimmering Pacific appearing through the window, its dazzling vastness extending as far as the horizon allowed. Briefly, the majestic view made him forget how much he hated to fly, or, more specifically, how much he loathed air travel in general. He hated the spatial wastefulness of airports, and he despised mouth-breathing passengers, violent turbulence and intrusive security checks. He harbored a hatred for all aspects of air travel as much as he hated blowhards who blathered on about politics or religion whenever conversation arose, which is to say he hated everyone and everything with unmitigated passion, though he kept those fervent emotions repressed—it was never wise to reveal too much from within the inner sanctum.

But when the orders came down from Rodel Ocampo to be at the private hangar inside Davao International before sunrise, Max complied, as did a few others: Carlos, Ernesto and Darrin. The hoodlums met on the tarmac, boarded the plane, and took off as daylight was breaking.

Ocampo, better known as The Saint of Death or Rodel the Devil, depending on which Filipino slum one inhabited, was a cliché middleman for an arm of the Mexican Sinaloa cartel that had been running ungodly amounts of crystal methamphetamine through the Philippines over the previous decade. He was a slovenly sort who was promoted to his position because of an influential uncle with a rubber stamp mentality. Max had little respect for the man other than the fact that Rodel happened to pay his subordinates in cash, and he paid rather well.

For Max, he was fine with steady income that was under the table. He’d encountered a tiny bit of trouble back in the States, trouble that came with a warrant and a prison sentence between 15 and 20. Max was an assumed name he’d been living under for half a year, and he was perfectly content to spend the rest of his days on the run as a free man with his new name, living in his modest apartment near the coast where the bikini-clad migrated. The pretty young things liked Americans, though they liked cash even more.

The flight had been steady for nearly half an hour when Rodel rose from his seat near the cockpit. He steadied himself on headrests as he lumbered toward his men at the rear of the plane, where they sat as far away from each other as possible. He walked a few feet forward before stopping midway. “Boys, everyone aboard gets their hands dirty on this job.”

Rodel had a thing about not getting his own hands dirty, which was understandable, but his repeated proclamations were like swallowing castor oil. They never went down easy and tended to stir nausea. He pointed at Darrin and Carlos. “Garbage to unload in the rear. Takes more than one to carry a load, so you two are up first. Let’s make this quick.”

Darrin stood and Carlos followed suit. Rodel turned to Ernesto and pointed at the hatch at the front of the plane. “Open the door and watch that first step.”

Max’s breakfast of eggs and grapefruit began to protest. He could only think of what could go wrong once the hatch was open, having seen too many movies where the passengers were sucked out by the vacuum. He made sure his seatbelt was buckled and drawn tight, looking up just as Darrin and Carlos were lugging a plastic garbage bag that was duct taped and weighted. It had the contours of a human body. Ernesto opened the hatch. It got windy and loud. The two men tossed the bag and went to retrieve another.

Rodel yelled at Max. “Get your ass up here, Maxie.”

Reluctantly, Max unbuckled and followed orders, his knees quaking as he straightened, but he only managed a few steps before Darrin and Carlos grabbed him underneath both arms. They dragged him to the open hatch, his screams dying against the rushing wind.

Rodel leaned in close. “Time to grow some wings.”

With a shove, Max quickly discovered something much worse than flying. 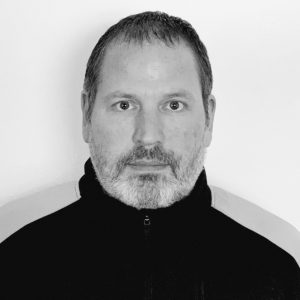