Now Ramos and I, we’re in the groove. The kid on the stretcher is dead but still screaming, not dead enough yet. The ambulance gallops over every pothole like some kind of bullshit steeplechase. At a corner pause, we hear more gunshots outside and a block away, but barely notice. We’re doing a hundred things at once and exchanging no words. With great partners, it’s almost telepathy. I think of a large-bore IV, then Ramos is there, passing me two fourteens.

He’s brilliant and skilled and just a great guy to spend twelve hours on an ambulance with. We read each other’s minds and his folks own Pollo Tropica over on Bennington, so every shift we eat whole Cornish hens for free and buckets of Spanish rice. Although we’re on different ambulances tonight, right now it’s me and him in the back of my bus while his partner, Angie B, follows behind in their empty rig.

Foley drives. He’s new and sucks at it, but he can find the hospital without directions. I stick two large-bores in the kid’s massive neck, one on each side, and open the fluid wide.

On the right side, across his external jugular: Living My Best Life. Weird-ass life hack bullshit for a kid in his trade, but I don’t have time to dwell. Ramos corrals intestines that squirm and slide like wet snakes. He braces himself between the stretcher and the ambulance cabinets, while I’m pinned at the knees beneath the head of the stretcher near the kid’s face. Despite the fluid, the kid’s pressure is tanking and I know his heart won’t beat all the way to St. Bonhomme’s ED.

Foley wallops a huge pothole while turning to avoid it and the box where we struggle turns into a yard sale of equipment and people. Ramos ends up at the far end of the box, up against the doors and on his back, a flailing turtle unable to get up.

I land face down in thick puddle of carmine fluid tinged with caliginous brown vomit, and right before I lose my own cookies, I see it. Rolling in the blood just under the head of the stretcher. A thick, blood-soaked roll, with a hundred dollar bill on the outside.

Before I can think a moment more about it, I grab the roll and slide it into the side pocket of my uniform pants.

Back on my knees now, I see the kid looking at me. His skin is waxen and greying and he’s stopped throwing up.

Ramos is still on his back, cussing and struggling to get up.

The kid points toward my thigh. “Get something nice.”

He’s flatline on the monitor now but staring at me still.

I feel naked and corrupt.

But I keep the money in my pocket.

We lurch into the ambulance bay and the doors fly open and shapeless faces, my colleagues on other ambulances, some nurses, doctors, the whole trauma team it seems, excited to see us: gowned up, masked up, ghoulish and ready for action. The faceless mob reaches in and the stretcher is gone, zombies come for the feast.

I’m supposed to go in, give report, explain all this to the trauma team. But I don’t. The side pocket on my pants is alight, burning with possibilities; me, on the other side of the Styx, with a burden I will now have to bear.

I know others who have.

I need the cash, though. I’m broke, got a sick kid and an angry wife, both betrayed by the shit paycheck I bring home for all this.

I’m not sure I can do it, walk away with a dead kid’s money.

Then he’s there. Foley. Standing in the open back doors, staring at me in his new uniform and new boots and new eyes void of nightmares, pitying me, still in the pool of blood and puke but on my knees now. 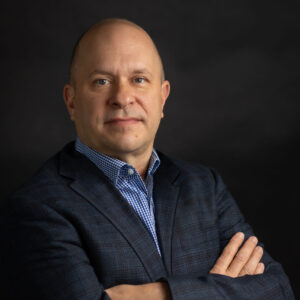 Ted Flanagan lives and writes in central Massachusetts. His novel Every Hidden Thing (Crooked Lane Books) is forthcoming in October, 2021.