The employee, in his plain black institutional footwear, hesitated at Davis’s stall door, stepped back, then turned to the twin sinks. He switched one spigot on to full rush, then the other.

Brownpants then leaned back against the sinks and waited.

From the employee’s shadow on the floor, Davis could see he was rocking. Impatiently waiting.

Davis checked the money in his wallet. Forty-three dollars. And his cell phone was almost dead. He punched in 911 and waited to hit the CALL button. One bar.

Davis began to curse at himself for drinking all that coffee and for stopping at this sketchy diner in the middle of nowhere.

The shadow of the employee pointed to Davis’s stall.

The short muttered words were drowned by the sink noise, but Davis thought he heard “make this quick.”

Brown pant legs ruffled as if he were pulling something out of his pocket. His shadow handed the something to the one with the green laces. Money? Drugs?

Through the hiss of the water Davis only heard the tones of their voices.

Brownpants spoke with a high pitch for a half minute – pleading. When he was done, he stepped back a half step. Greenlaces mumbled something in a cold drone – something that sent the employee shuffling backwards. Brownpants spoke again, and his shrill pleading song was more desperate. A child’s apology. Then, a bellow from Greenlaces.

“NOT AGAIN-” and he lunged. Shoes squeaked. The sinks gushed.

From the tiny view through the bottom of the stall, it looked like they might’ve been embracing. Shoes were intertwined as if they were lovers. The chirp of a large soggy bird burped from one of them. Greenlaces stepped back slowly, then turned to face Davis’s stall. Davis knew the man in the bright footwear could see his leather loafers through the bottom of the door.

The water from the sink gushed and seemed to grow louder as orange and yellow sneakers lurked toward Davis. The stall door rattled once. Davis’s sphincter sucked up to someplace deep behind his navel. He stabbed the CALL button on his phone.

Another squeak of shoes and the ceiling tiles jumped. Greenlaces was gone. The spigots whooshed and the sound of water sparkled as the sinks filled.

The employee in the brown polyester pants shambled across the tiled floor. He dragged his black shoes on the tile as if drunk. Another squeak from that same funny bird, and the bathroom door opened and shut.

Davis sat in the stall, waiting for his heart to stop pounding, watching his phone search for a signal.

He sucked in a breath and felt his belly quiver as he exhaled. His face was cold and wet. His hands were frigid, and when he wiped himself, it felt like a ghost was doing it.

The sinks spilled onto the floor when he exited the stall, legs shaking.

A single smudge of blood lay on the tile – a sneaker tread pressed into it. 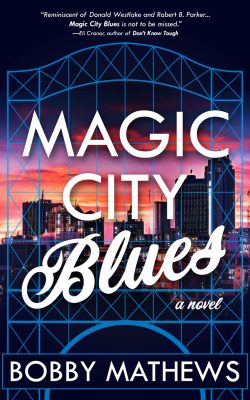