Side Effects May Vary

The light was already red, but Lacey gunned the engine and prayed. At least if I get hit, I might get some good painkillers, she thought. Her Volkswagen lurched forward, shooting through the intersection unharmed. She left a chorus of horn blasts and middle fingers in her wake, ignored. She only had eyes on the black Audi two cars ahead. She’d almost lost sight of it once, but she was determined to stay on its tail. She had to.

Lacey glanced in the rear-view. Looked away. She couldn’t bear to look at her own face, the need and desperation were both too apparent.

In high school, she had been pretty: a blonde, vivacious cheerleader who would never be prom queen, but was liked my most. Her first college boyfriend introduced her to weed, then coke, then pharmaceuticals. He was long gone, but he was followed by a series of guys just like him. A decade of using wore down her good looks. The lines in her face, her narrow, shifty eyes, nails bitten bloody–her addiction was all too apparent.

But her plan would fix her up nicely. Get the case, keep what she wanted, and sell the rest. One of her friends, a medical assistant, told Lacey about how the drug reps carried tons of samples. Follow one, watch for an opportunity, and snatch the meds. Easy.

Lacey hooked a quick right into the parking garage. The Audi was parked on the incline to the second floor. Its brake lights were on, the engine still running. Lacey forced herself not to look as she rolled by. She pulled into the handicapped space closest to the door to the stairwell.

Just like C.J. used to do it. Go in fast, scare the shit out of her, then get gone. Lacey had ridden along with her ex numerous times. He escalated the violence quickly, keeping his marks off-balance, easily manipulated. C.J. was a strongarm master.

There she is. In her rear-view mirror, Lacey watched the Audi’s driver exit the car, then retrieve a case from the trunk. Still wearing her sunglasses, the drug rep extended the satchel’s handle and began walking to the stairwell, pulling the rolling  behind her. Lacey sprang from her car and walked up behind the woman.

Lacey flicked her wrist, and the asp baton she carried snicked out to its full length: sixteen inches of deadly flexible steel. The sound broke the woman’s reverie. She turned her head just as Lacey swung the baton, aiming at the woman’s right hand, the one holding the handle. Instead, the tip of the baton connected with her wrist. Surprisingly, the woman didn’t scream, despite the audible crack as her radial bone snapped. The woman cradled her damaged arm against her chest, moaning.

“Back up!” yelled Lacey, poking the baton toward the woman like a knife. The woman complied. She stepped back as Lacey fumbled with the case, dropping the handle twice before grabbing it successfully.

“Lacey?!” the woman gasped. “What the fuck, Lacey!” With her uninjured hand, she pulled off her sunglasses.

Squinting at the woman’s face, Lacey struggled to remember her. Senior year, cheer tryouts. Skinny bitch Amber with the fake tits. Fucking bitch. She knows me. She knows my parents.

“Why would you–you don’t understand…” Amber never finished her sentence. Lacey swung as hard as she could, hitting her in the temple. Her designer sunglasses went flying. The woman crumpled to the floor: it was like a switch flipped and she dropped, inert.

Lacey grabbed the case and threw it in her car. The contents spilled out over the seats and onto the floorboard. Lacey swept foil packets and boxes of medication out of the way as she scrambled behind the wheel. A stack of pamphlets caught her eye: Anticholinergics–Tame That Overactive Bladder! Her mouth went dry as she looked at the medication samples. Hydrin. Avodart. Vesicare. Nothing worth stealing, just urological meds. She glanced over at Amber. Her eyes were open and glazed, a surprised expression on her face. She had pissed herself, Lacey noticed. Blinking back hot, sudden tears, Lacey backed out and drove away. 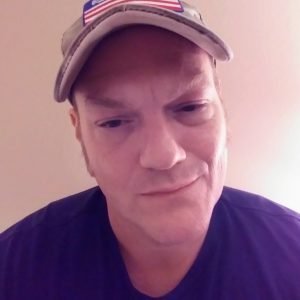 Richard Milaschewski is a writer and musician. His past jobs include paramedic, teacher, and chef. He lives in central Florida and writes when he isn't wrangling his three children.