“I didn’t order…” he says, confused and irritated when I knock on the apartment door. He’s wearing a suit and tie, matching kerchief in breast pocket, and for an instant I fear he’s in the middle of something with guests. And then it clicks. It’s just who he is.

I slide the DoorDash bag off my back, peel the blonde beard from my face, the wig from my head—I’ll be leaving as somebody else—but I keep the gloves on. “You alone? No alarm? Cameras off?”

He indicates I should follow him, but his eyes show irritation. “Remind me why we are meeting here. Why not on some park bench. Or in a parked car.”

He leads me to a room the size of a tennis court, stark white, glass wall at one end overlooking the harbor. I reckon my elementary school was smaller than this penthouse. By the looks of the balcony he’s keen to save the rainforest by bringing it back in terracotta pots. And if that isn’t an old master on the wall, it’s an excellent young forgery.

“Because I’m a professional, and I can minimize the chances of my route being tracked or traced. You’re a professional in your field, but an amateur in mine.  You’ll leave a trail of breadcrumbs without even realizing. That’s why I take the risk and come to you.”

He nods, accepting the logic, but still unconvinced. “Your money’s on the table.”

I know that already, the thick envelope being the only thing in the room not Sunday supplement perfect. Even the bottles on the cocktail cabinet are arranged like a high school class photo, tall ones in the middle.

“I don’t need to hear about it, just to know that it’s been done,” he says, willing me to pocket the cash and go. My continuing presence is making him uncomfortable.

“You were told, when you hired me, that I had my own ways of working.”

He makes an affirmatory grunt.

“I always give my marks a chance to outbid the person who wants them dead.  Strikes me, whatever they’ve done, can’t be worse than wanting somebody killed.”

This always goes one of two ways—either a pathetic assurance that they’re good for the cash, or plain unvarnished outrage. Elliot has gone for outrage. I’m surprised.

I shake my head. “I can’t have someone alive who thinks he’s been double-crossed.”

The anger vanishes. He has gone pale.

“You remember,” I breeze, “me giving you a binary choice? Quick or slow.”

I reach into the bag, rummage past the plastic sheeting, the pliers, the butane torch, for the ball hammer. “Your wife gave me the same answer.”

His body slumps like a degassing blimp. “This breach of contract,” he squeals.

A lawyer to the last, I think, as I stride towards him, swinging. 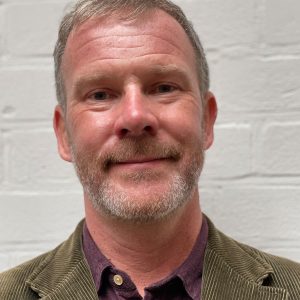 Robert Bagnall was born in 1970 and lives in Devon, England. He is the author of the sci-fi thriller 2084 - The Meschera Bandwidth, and the anthology 24 0s & a 2, which collects 24 of his 60 or so published stories. Both are available from Amazon. He can be contacted via his blog at meschera.blogspot.com.