Selma dug into her right orbit, using her curved index finger as a tool, and popped her right eyeball out of its socket.

In the bedroom mirror, she regarded the black empty hole in her face, tilted her head. The mushy eyeball in the palm of her hand was lighter than usual, as expected, and had the familiar slimy consistency, like holding a slug. She placed the implant on the wood table alongside the TV.

Rummaging through her pocketbook, she fished out the coin purse and inside found the small clear plastic bag containing the white powder. She rested it neatly on the counter then picked up the eyeball. Angling the lampshade, she noted the tiny custom-made zipper along the surface of the implant and tugged it, the globe opening like a dark smile.

She couldn’t believe she was doing this, again. She had tried tough love, supervised programs, hardcore camps. Nothing seemed to work.  Please do this for me. One more time. Please. Now incarcerated thousands of miles away. Was she wrong? Yup. Did she feel guilty? Not really.  We all have a threshold. This time would be different.

Opening the plastic bag, she folded one corner into a mini spout. With the other hand, she pinched the eyeball to a pucker, the dark smile transforming into a greedy mouth. She slowly and carefully poured the contents into the eyeball, until it was full, zipped it and gently set it down.

Selma went to the bathroom and stood at the sink under the glare of the bright light. Studying her reflection, she shook her head in disgust. With the implant removed she resembled some hideous creature from a horror movie. The pinkish gaping hole. The throbbing artery pulsating under thin tissue deep in the cavity. She had to laugh, given it was all his fault anyway. The irony.

It happened years ago, but was still a grim reminder of what she was dealing with. The attempt at a family dinner on yet another return home, mistakenly thinking things were somehow back to normal. Then the one wrong comment followed by the volcanic eruption of rage. The hateful words. The shattering dishes. Warm mushy food dripping from her face and then the fork to the eye.

The pain was not what she had expected, less than one would think. But what still haunted her was that horrendous sound. The pop. A rupture, as the doctor explained. A ruptured globe, with spillage of its viscous contents onto her cheek, something like raw egg white.

She filled the plastic bag with water and rinsed it, eliminating any residue before dropping it in the trash. After scrubbing her hands, she splashed cold water on her face and returned to the bedroom.

She picked up the eyeball, considerably heavier than before, and nudged it back in its socket, making that moist sucking sound, indicating it was snug in place.  She fitted the flat porcelain prosthesis over the implant and smiled, thinking this was the last time she’d have to make this trip. Was she doing the right thing? Who cares? This just seemed easier.

It cost a hefty chunk of her dwindling savings, but she was promised that this stuff was pure as possible, a good four times stronger than he would be used to. Hopped up and surely to do the trick, by his own hand, of course, with a single ravenous injection. Oh well.

Selma swung her pocketbook over her shoulder, gripped the handle to the rolling carry-on suitcase. Grabbing her cane, she slipped on her glasses and left, aware she needed ample time for the ramped up security and customs. She hobbled to the lobby. As the doorman promised, a cab to the airport idled out front.

“Evenin’, ma’am.” The driver assisted her into the back seat. “And how are you this lovely evening?”

“Peachy.” Selma stared out the window. As the cab pulled away, she watched small groups of people amble along the sidewalk, couples in animated conversation at the outdoor cafes. The window was open and it was noisy. “The crap we do for our kids, eh?” 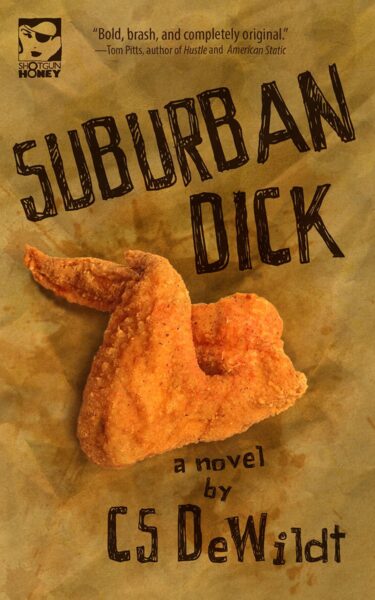