Gabe rushed out of the 7-Eleven, tugging open a Magnum three pack. He hopped over the short brick wall separating the convenience store from an expanse of outdated mini-mall parking, businesses closed at the wee hour. Gabe trotted to a Buick Regal waiting in a dark corner by vacant storefronts.

Cilla wore a roomy, generously pocketed navy sweat suit, gleaned from a Salvation Army-tagged donation bag left on a curb. Despite the fleece hood over her butterscotch hair, she shivered behind a cluster of election signs, watching Gabe near the sedan. Good thing the car’s in my name, you anus brain, she thought. And the house too, since you didn’t want the state to put a lien on your dead mom’s property. I fed her mush, wiped her ass, witnessed her last death rattle. And you thank me by screwing around.

In a factory-white Nissan rental, Cilla had followed Gabe all night. Earlier while waiting indirectly across the street from Shamrocks Tavern, she watched Gabe exit around two with flirty bartender Julissa, whose sable braids swayed down a curvy back as she sylph-glided over asphalt on stilettos. It’s a wonder she can work in those. The sight had made Cilla’s blood boil, but she remained focused on finishing the plan, following the Regal to the mini-mall lot for the last step, parking three blocks beyond.

Well-worn sneakers provided stealth as Cilla approached the car. She cradled a hammer while wearing a pair of Paula Deen oven mitts, all items shoplifted from a San Bernardino Goodwill two weeks prior.

The car’s interior brightened as Gabe clunked open the back door. He knelt on the ground in reverence to a bubblegum-pink thong peeling off Julissa’s bronze legs.

“Open wide, stud,” she said, balling up the fabric.

Gabe groaned, opened his mouth. Julissa stuffed the panties in like a tuft of cotton candy. She held tight to his face, staring into his eyes, silent promise of a kiss hovering above him.

As a dark pool formed, Cilla set the hammer near Gabe’s body. She slipped off the left oven mitt. With long tweezers retrieved from the sweat jacket, she extracted Gabe’s wallet and phone from his clothes, dropping the latter onto the ground. Another phone clattered next to it, tossed from the car. Covered hand retaking the stained weapon, Cilla smashed them both, leaving the hammer among the bits.

She looked at Julissa, who had one hand surrendering a clutch purse, the other switching off the Regal ceiling light.

Cilla stuffed the purse, wallet and oven mitts into pockets. “Your hands okay?” She tweezed the pink material from Gabe’s dead kisser, throwing it into the car.

“Right as rain,” Julissa said, wriggling the garment back on over hips, then pulling her skirt down, stilettos kicked off.

Cilla slipped the tweezers into a pocket. Retreating from the splatter, she pulled off the sneakers at the heel with a finger and thumb, taking a flamingo step away after each removal. She hugged the shoes to her chest. “See you in Tepotzlán once the widow dust settles.” In socks, she headed toward the rental car.

Julissa blew a kiss. “Until then, mi amor.”

Once Cilla was out of sight, Julissa tiptoed around the gore and ran to the 7-Eleven, howling. 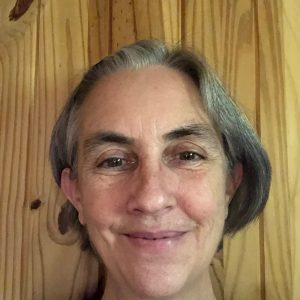 Ilyn Welch resides in the Inland Empire of Southern California with extended family and beloved dogs. Her work has appeared in PANK. Connect with @IlynWelch on ye olde Twitter.