The Best Gift of All

Diana sat naked on the bed and contemplated her choices in life.

A certain amount of weirdness came with spending Christmas Day in a succession of motel rooms. Between the men who had nobody and the men who wanted to get away from everybody, Christmas paid better than any other day of the year. From morning until midnight she had five dates lined up with men who would be in a tipping mood.

So the Christmas tree and the wrapped gifts in the corner of this hot-pillow room didn’t faze her. But the man who had brought the holiday cheer was now standing between her and the door and holding a gun to his head.

He had proposed without his clothes before, but the firepower was an escalation.

“Gordon, you don’t want to kill yourself. Not over me.”

“I’ll take care of you. You won’t have to do this anymore.”

“I’m not good enough for you?”

A wild urge to giggle welled up almost like vomit in Diana’s throat. Hadn’t the women’s magazines warned her against using that line, even when the stakes weren’t life and death? She searched for something better to say before the gun turned toward her.

“I never told you this, Gordon. But I’m married.”

He gaped. She had never told him, because it wasn’t true. But now she owned the story.

“I haven’t seen my husband in years.”

“I can’t divorce him, because then he’ll know where I am.”

Gordon’s eyes begged her for more. Sometimes it struck her how often her job came down to telling stories. Men paid her to lift them out of their daily routine, and sex alone didn’t always do it. They especially loved origin stories, and she told them anything except the truth about how she had started hooking. They had their own bills that kept coming month after month. They didn’t need to hear about hers.

“I’ve been hiding from him for years. He never stops looking.”

“How did it happen?”

Yeah, she thought. That works.

“I was studying to be a surgeon. But I let a rich man man sweet talk me, and now I have to live using only cash.”

For a moment Diana considered naming a few men whose departure would improve the planet, but she dismissed the thought. She didn’t operate that way. Not to mention that Gordon would fold when the cops leaned on him.

“Then what’s wrong with helping him along?”

Gordon’s gun hand dropped to his side. He started pacing back and forth in front of the bed. Diana thought about snatching the gun, but she might miss the moving target. She settled for watching his hand. When he started to raise it, she came within a millimeter of launching herself at him.

But he used the hammer of the revolver to scratch his head. She closed her eyes and waited for him to put a bullet into the ceiling. Nothing happened. When she looked again, he had extinguished the craziness in his eyes and become Gordon again.

“I guess I can wait,” he said. “You want to open your presents now or after?”

She smiled and patted the bed beside her.

They were both dressed, almost like real people. Diana thanked Gordon for the lovely cashmere sweater and the diamond pendant. She didn’t mention the best gift of all—time to come up with the next installment in her story. She would be ready.

She paused at the door. 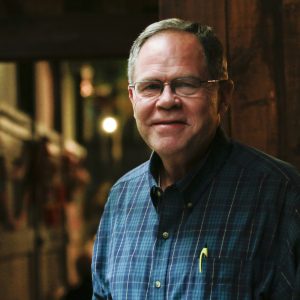