Frankfort Corbin taps the barrel of his shotgun against the glass partition to get the attention of the motel manager, Dave Patel, who’s sitting on a couch in the backroom, watching TV. Sounds like the Late Show, the tin laughter from the audience during the monologue echoing through the reception area. Dave glances at Frank and lazily stands. Ambles over.

Frank, in a tan cattleman’s jacket, with his cowboy hat, rests the butt of the shotgun on his hip, holds up a piece of paper. A warrant for Eric Johnson. “Police, I need to see your registry.”

Nodding, Dave, with rundown eyes and taking his time about it, shuffles through a few papers, finds what he’s looking for, and slides it under the partition. All without saying a word. Routine at this point with the type of clientele at his type of off-highway motel.

He glances upward. “The trailer with the cattle, you see them come in last night?”

Dave blinks. “Yesterday afternoon, I thought it was cruel to make the animals sit out there in the sun while that guy was in a room. People complained. I knocked on his door, said something about it, and he told me to mind my own business.”

Dave withdraws the registry through the partition. “Mind my own business?” Dave studies Frank then looks at the registry, traces with a finger, stops above a name, and taps the paper. “I walked away. But then, seeing the kid, the way she looked at me, sitting on his bed, I figured you all would be along soon enough, thing like that.”

Dave’s on the computer, swiping a plastic card through a device, which clicks as the card gets encoded.

“Kid have pink streaks down the left side?”

Dave slides the plastic keycard under the partition. “Yeah, a girl, maybe ten?” Dave’s drowsy eyes look up at Frank now. “What’d he do? Something to do with kids?”

“Cattle rustlin’.” Frank moves toward the door. “Kid’s his.”

Outside, Frank finds the others in the parking lot, out of view of the rooms.

Mitchell Lamb, Frank’s partner, is patting the muzzle of one of the heifers, petting it as he notices Frank. “Culpepper’s brand’s on her side.” Mitchell shines a flashlight to show Frank. “You get a room?”

Mitchell flashes the light at the three other officers milling around. They gather. Frank tells them what they have:

“ ‘Preciate you all coming out tonight. Eric Johnson’s wanted for rustlin’. In room 119. Wife said he took his daughter Paityn thinking I wouldn’t come for him if he weren’t alone. Phone pinged here.”

One of the task force officers asks, “We kicking the door?”

“Only if it’s locked,” Frank says. “Figured we try knocking first; we have this if there’s no answer.” He holds up the keycard. “Any questions?”

None of the task force members have questions or they decide not to voice them.

Frank says, “I know Eric, he might be armed, but let’s try to do this without traumatizing Paityn, yeah?”

He gets a collective, “yeah.”

They move across the parking lot to outside room 119 without making noise beyond the swishing of fabric on external vests. One officer carries a ram. Frank takes position in front of him, lined up on the wall, opposite the window so no one is exposed to the occupant of the room. Mitchell is on the other side of the guy with the ram.

Without reaching across his body, Frank knocks on the door, light. No answer. Listens. No movement. Knocks again. Yells, “Police!” Something bounces off something hard. A girl’s voice says something. Frank can’t make it out. He swipes the keycard across the reader, the door unlocks with a soft click, he kicks it in, rotates around, shotgun at the ready.

Sees Eric in a towel wrapped around his waist like he’s in a rush, water dripping off him. 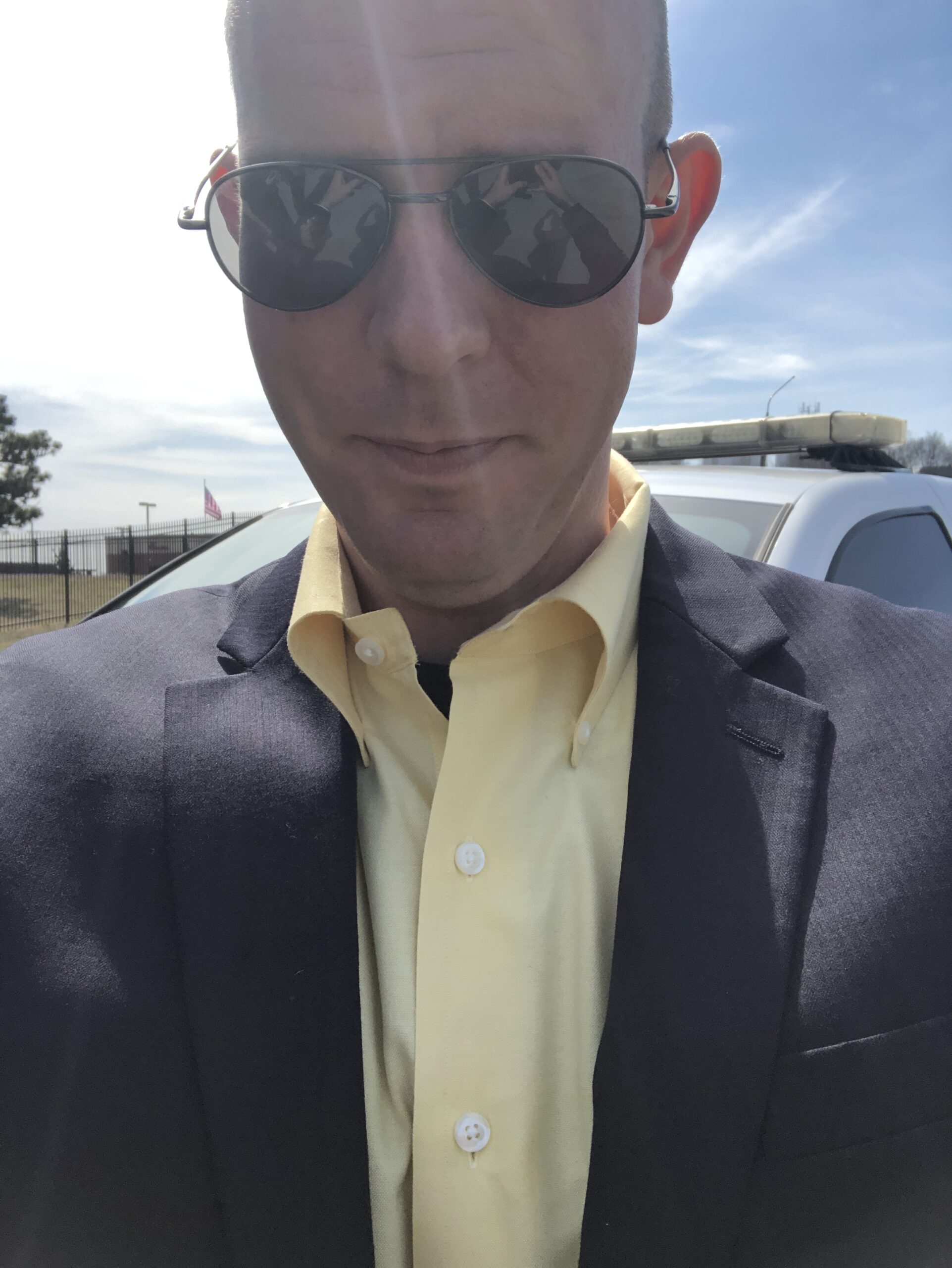 Mark Atley is the author of The Olympian, American Standard, Too Late To Say Goodbye, Trouble Weighs a Ton, and the forthcoming A Bright Young Man, as well as a handful of short fiction. Mark works as a detective for a suburb of Tulsa, OK, and has dedicated his life to crime. Check out markatley.com for more information or follow him on Twitter: @mark_atley.