The kid was driving. Enrique. He was new but there was no one else I’d want behind the wheel. He did nothing erratic, nothing impulsive. Steady speed — neither too fast or too slow. Just a nondescript truck cutting through the backstreets of Oakland.

I sat in the passenger seat, skimming a thick college book I’d found in the back. Geotechnical engineering, whatever the fuck that is. I couldn’t sit still so was glad to have something to do with my hands. I pretended to read a random page, as good a reason as any not to talk to the kid.

Enrique was glancing over at me every few seconds, making me even more nervous. Not today. I needed everything to be nice and smooth today. He looked my way again, his brow creased, dark eyes burning into me.

We stopped at a red and Enrique turned to face me.

“I’m taking a course,” he said, nodding at the textbook. “At the community college.” The kid looked at me like a boxer stares down his opponent pre-fight.

“Good for you, kid,” I flicked through the frayed pages again, all bricks of text with weird math, the kind with more letters than numbers. I managed to force a smile. “Good for you.”

The unbearable tension in the truck lifted. Enrique smiled, a large joyful grin he couldn’t suppress. Suddenly he looked like his nineteen years. He shouldn’t be here. And in another life he wouldn’t be. He’d be in some dorm, his biggest concern being where to pin the John Lennon poster.

“It only starts next month, but I already covered half the reading list. Every spare minute I study some more.” As the lights turn green, Enrique moves us away. I’ve never heard him speak like this before; the kind of way some guys talk about their football team when they win. “It was tough at first, but now I love it. I want to learn more. Learn everything, you know?”

Just as suddenly, he’s quiet again, glancing my way. Thinking about whether he can open up to me now. The answer is, no. Whatever it is, Kid, don’t tell me.

“You met Maria, right? My girl?” He’s smiling again, even broader than before. “She’s pregnant.”

We sat a few feet away from the East Bay Burger stand in McCullen’s beat-up Camry. If you want the old man to shut up long enough to get your point across, shovel some of East Bay’s finest, extra cheese, into his pasty Irish face.

“There must be a way to make this work. We get what we need and the kid’s okay,” I said as McCullen extracted an errant pickle. “The other day I caught him reading this weird Jap cartoon shit. All blood and guts and giant eyed girls in sailor outfits. He’s a geek. Just a kid.”

I stopped speaking as McCullen sucked hard on an extra large cherry coke, producing a noise like a jet engine firing up.

“We cannot risk the work we’ve put into this. Two years for you.”

“They’re going to kill him. You understand? They’ll kill him,” I said. McCullen balled up the empty burger wrapper and then finally turned to listen fully. “And this is on us. They think he’s responsible for the bust.”

“It is not on us,” McCullen replied. “This is not on us. We had nothing to do with them fucking up. It’s a coincidence. You think I’d put the whole operation at risk for a few possession arrests?”

“Screw him. Did he think he was joining the boy scouts? We continue as planned. And you can leave this out of your reports. All of this stays out.”

I tried desperately to think of anything I could say or do. “They want me to take him there next week. We’re supposed to drive out there in the truck. Like it’s a standard pick-up. I wait out in the street and he goes in. How can I do that?”

I watched Enrique walk away from the truck, tapping some message into his cell as he ambled away. The kid was halfway up the rusted staircase that led to the warehouse office when I popped open the truck cab’s door. I hit the horn with the heel of my hand and left it there. 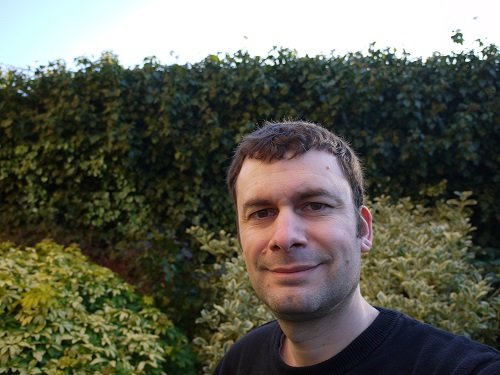 Mark Cowling is a writer from Essex, UK. His work has appeared in many places online including Every Day Fiction, Near to the Knuckle, Akashic Books: Mondays Are Murder, as well as on BBC Radio. He is currently working on his first novel.