Felix Olivares, called The Orphan, guided the flat-bottomed boat loaded with men and backpacks of meth across the Rio Grande.

Ramón asked him, “Why they call you the Orphan?”

“My mother abandoned me when I was four.”

“You call eating garbage from trash cans, stealing food from dogs all right?”

“You ever see your mother again?”

“Once. She had a little girl with her. They got in a car and drove across the bridge to Texas.”

“I didn’t let her. I don’t think about her now,” he pointed at the kilos, “just making money.”

Ramón said, “Which ranch we crossin’?”

“One I used before. Last time there was some trouble.”

“Nah, he’s old, half crippled. He used to come to Nuevo Laredo and would always pat my head, give me a dollar. I guess he liked me. After I started smuggling drugs, I didn’t see him again.”

“He didn’t cause the trouble?”

“What it was,” Felix said, “We crossed our load and there was a girl. She’d come to the river to swim, and was on the bank, dozing. We didn’t notice her until we walked right up on her lying naked on a beach towel. She was fine, maybe sixteen, and built like she was twenty but with that young girl face.”

“Didn’t get the chance.”

“Anyhow, the boys got excited, and it wasn’t long before we all had some of her. It was a good thing there were six of us so we could hold her down. She kept fighting and screaming until I got tired of it.”

Felix drew his finger across his throat. “Then we took the load through. Been about a year since it happened.” He scratched the beard stubble on his chin with a fingernail and said, “Funny thing, when we crossed through the brush, I saw the ranch house on the ridge and someone watching us through binoculars. I figured it was the old man.”

“Hell, I posed for him, yelled for him to get a good look. Anyway, we made the delivery, got a lot of money, too. We’ll make more with this one.”

They reached the riverbank and put on their backpacks, scrambling up the mud to follow Felix through the sage and mesquite. One of the men hissed when he stumbled into prickly pear, and Felix told him to be quiet, be a man.

When they reached the county road, Felix saw the van parked on the shoulder, the engine idling and the back doors open. They crossed the fence and hurried to the van where the men tossed their backpacks in the rear. Felix said, “Go back, I’ll bring your money tomorrow.” They vanished and Felix slid into the back of the van. He looked through the heavy wire mesh separating the rear from the cab section, but there was no driver.

A shadow approached from the roadside and closed the doors. Felix heard a click. He tried the inside handles, but they were locked.

A walking cane tapped on the front window, “Felix.”

Felix recognized the cane, “Let me out, you old bastard!”

“You’ll die in the van tonight. I’ll bury you beside your sister. That was your mother’s last wish.”

“What the hell are you talking about? Let me out!” The smell of exhaust fumes filled the van.

It was hard to breathe. Felix thought that if he sounded reasonable, the old man would open the doors, “From when she was little. I haven’t seen her in years.”

“You’ve seen her since then.”

The fumes were so thick, making it hard to breath, to see, and Felix felt drowsy. He slurred, “You’re crazy.”

“Your half-sister. My wife told me about you in the suicide note.”

“Your mother killed herself over what you did.”

Felix didn’t talk, and hazy dreams came, something about what the old man said, something about being with his family. Felix’s last thought made him smile; he wouldn’t be an orphan any more. 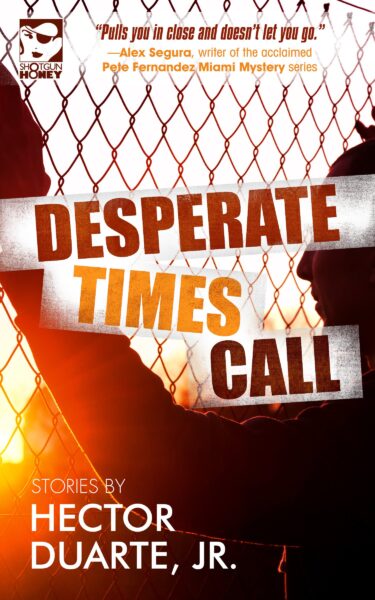