Ava was running late for an appointment and backed out of the garage like a rocket, fatally colliding with Todd. Todd came every Tuesday. Parked on the street. Walked up her slanted driveway with his kit that day just in time to be smashed by the back of her speeding Suburban. His skull bounced against the concrete slab. Between bone and pavement, bone had to yield. When she got out and saw what she’d done, a halo of blood had already formed behind his head.

Later, the ambulance peeled away with the siren blaring, the children crying. Mommy, what did you do? What happened? What had she done, indeed? The police took her statement, photographed the scene.

Her bewildered, unemployed husband returned from a boozy lunch to a house with a reporter’s van out front. The first thing he did was go out and clean the pool himself. Ava stood by the window, watching him fish out leaves and toss in chemicals to shock the water. He could have been doing this all along, she thought. Saving money. Saving the house. No matter. He hugged her before bed, assured her things would be all right. She knew that was a true statement, but no thanks to him.

It was eleven fifteen on a Tuesday, my day off, when the police called. Your husband has been in an accident and is being transported to the hospital. I put my hand up to my face, the gesture of shock. Then I pulled it away just as fast. The left side of my face held the red imprint of his hand. Todd liked to pick fights the day before my day off. Like he was doing me a favor. You’ll be fine by tomorrow, he’d say.

His version of tomorrow and mine differed.

Should I go to the hospital looking like this, I wondered? It would piss Todd off. But then, if I didn’t get there immediately, same reaction. Todd’s default setting was pissed. I never would’ve guessed that about him when I met him at that bar with the bad Metallica cover band. That first night, I thought he was blue-collar brooder. And the second date at the museum? I thought he was a romantic with a taste for expensive art. Man, I was wrong about everything. Everything except the art.

I stopped overthinking and put on my oversized Jackie O sunglasses. When I got to the hospital, he had expired. That was the word they used. A laugh crept out before I could snatch it back. Yogurt expired, not people.

That night, I sat outside in our dumpy little chain-link fence neighborhood where no one has a pool, holding a cold beer to my face. Todd always said folks who live in little houses were the handymen for folks with the big houses. Even an idiot like Todd uttered a true thing once in a while.

At Todd’s funeral a week later, the woman who killed him stood across from his widow. The widow wore dark sunglasses, nodded and looked down at the casket. The woman dabbed at her perfect makeup. She couldn’t quite call up tears for Todd, but she could muster sadness about the whole damn thing. Because it was sad. It was. Other people made the world hard and you accepted it or pushed back.

The widow removed her sunglasses. The faint outline of Todd’s last slap still there. Let the shiner shine, she thought. No one was going to say anything about it now. Especially not Todd’s grieving, enabling family.

Ava swallowed hard. It’d been a gamble from the start, but now three expensive works from Todd’s art collection were in the back of her closet, wrapped in brown paper. As soon as she could finagle the sale, her mortgage would be saved. The widow would take over the pool business, Ava as her partner. On the outside, it seemed two women were making the best of a bad situation. In reality, they’d merely solved their problems.

Some might even say they’d killed two birds with one Todd. 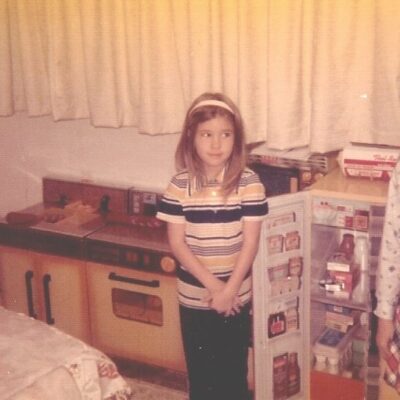 Karen Harrington’s writing has appeared in Ellery Queen Mystery Magazine and Shotgun Honey. She’s the acclaimed novelist of several books for young adults, most recently MAYDAY from Little, Brown. Find her at karenharringtonbooks.com