Wu Yong awoke to the sound of boisterous conversation coming from the house’s main room.  He saw his wife, Liao Wen, walk by the door, straining as she carried a bucket of water from the well.  On her way out, he beckoned her into the bedroom and asked about his breakfast.

‘My elder brothers have arrived’, she said.  ‘I have to fill the basin’.

‘Are they expecting to bathe here’?

Liao Wen didn’t respond and went out with her bucket, leaving her husband dismayed at the thought of his in-laws.  He had things to do today and did not look forward to playing host to the Liao brothers, a loud, wild-eyed trio with a penchant for fighting, not least amongst themselves.

Wu Yong stretched and ventured into the house’s other room where the wood basin in the corner was a quarter full and the Liao brothers crowded around the table, laughing as they passed a jug of rice wine between them.

‘Come join us, brother’, said the eldest of the Liaos to Wu Yong.  ‘We’re not leaving until the rice wine is finished’.

‘I should be going.  I have errands to run’.

‘Or is it Long Fingers Liu’? said the youngest brother.

The Liaos broke into guffaws and, after a delay to gauge their sincerity, Wu Yong did too.  They had guessed correctly about his plans, but if they had no objections to him entertaining other ladies in their south-China village, Wu Yong felt no need to hide something that wasn’t his fault anyway.  It was true Liao Wen did all the work, both in the house and their rice fields, but she had a homely face and produced no children in four years of marriage.

‘Then again’, Wu Yong said and pulled a stool up to the table, ‘pass the rice wine’.

The men, gossiping mostly about the happenings in their village, were well into the second jug of wine by the time Liao Wen came back with another bucket of water which she poured into the basin.

‘Help youngest sister’, the eldest Liao brother said to the third eldest who dutifully left with Liao Wen to fetch more well water.  By the time they returned, Wu Yong could feel his face reddening from the rice wine, just as his temper was growing hotter from the eldest brother continually mispronouncing his name.

‘You’re not saying my name correctly’, Wu Yong admonished him.  ‘You’re using the fourth tone instead of the third tone.  That way Wu Yong sounds like the word useless’.

‘Useless’, said the eldest Liao brother.  ‘Your mother would have been a smart woman if she named you that.  But how could she have known her son would make his wife do all the work and take her money so he could buy hard candies for Wide Hips Huang’?

Wu Yong knew something was wrong, not least of which was that his brothers-in-law were not as drunk as he first thought them.

‘Is it ready, youngest sister’? said the eldest brother to Liao Wen.

Looking at Wu Yong, the eldest brother said, ‘It’s time for your accident, Useless’.  Then he, his two brothers, and sister fell on Wu Yong and dragged him to the corner of the room where the basin of cold water awaited.

News of Wu Yong’s drowning filtered through the village late the next day.  ‘Lazy scoundrel’, more than one neighbor said.  ‘Shows the heavens have a sense of humor that he had a mishap someplace he would rarely go’.

And that’s where Wu Yong was found.  Face down and lifeless in the murky waters of the rice paddy behind his home. 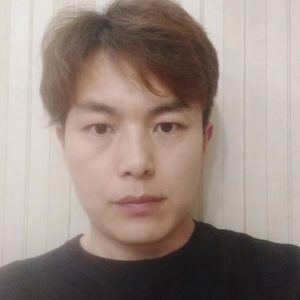 Song Gao Lei was raised in the upper Midwest of America.  In 2005, he left the States to begin graduate studies in England before moving to mainland China in 2014.  Presently, he lives with his wife in south China where he teaches at a university.  He counts Yu Hua and Zhang Ailing among his favorite writers, in addition to Western authors Graham Greene, Cormac McCarthy, and Evelyn Waugh.