Fog and motion, like being dragged underwater by rough hands. I am consistently overwhelmed by dark dreams of pounding invasion. Occasionally, I break the surface and gasp for air only to find a stranger straining mere inches above me. The lone mercy comes when the blackness takes me again.

The pattern continues for eternities. Veins invaded. Mind, body, soul violated. Night’s evil is all I know. Sometimes a slap rips me back for brief, horrific experiences of pain and humiliation. I learn to yearn for the peace of chemical obscurity.

And then a thousand ice-cold needles assault me. I discover I am naked in a shower, a much smaller girl standing before me. With surprising strength she forces me to remain under the freezing water until she sees what she wants and kills the frigid deluge.

I stagger a step or two before finding my balance, then nod.

She tosses me a huge hoodie and a pair of high top Cons that squish my toes a bit. “We’re getting out of here,” she says like it’s actually possible. I realize this tiny thing is insane. She will end up drugged and on the bed next to me getting violated by an endless line of pervs—

I pause at the hall entrance, astounded.

“Watch your step,” says the pixie.

That line of pervs I just mentioned? They fill the hallway, massacred, two and three deep in places. Stabbed, throats cut, two skewered on a lance of some kind. One had been maced, as in head caved in with an actual mace. Another was hanged using what looked like a bullwhip. Yet another lay with his jugular spraying blood where a throwing star had plunged deep, flooding the floor with crimson.

I recognize each of these bastards, their images burned into my soul from inches above despite all my dope-addled struggles. This hallway was the most inspiring sight of my horrid life.

“Your captor fancied himself a collector of weapons. Made the job so much easier.”

“Clever bunch. They surrounded their office with motion sensors. Found that out after three nights of surveillance. But I know a guy who knows a guy who had what I needed. Perfect for the boss and his love of old weapons.”

“What gets past motion sensors?”

“Can I see the bastard? Kick his teeth out maybe?”

“One, not in my Cons you can’t, and two, he’s wouldn’t feel a thing. Sorry, but they had to go first for this to work.”

“Got all thirty-four. They sent me back for you. My buddy Alafar is taking us all to his facility for medical treatment. No records. No bills. Relocation to safe havens are being arranged now.”

We reached the back door of the big suburban house. I could see a school bus waiting for us. But I couldn’t leave. Not yet.

The little avenger made a face at me. “Time’s wasting.”

“What more could you want?”

That girl and I poured gas in the halls, across each exit, and all around the outside. She even let me light the match. We stood by the bus until that house of horrors was engulfed in the hellish flames it deserved.

I thought I would feel good, or free, or safe. Instead, I broke down before we got to the highway. Everyone on the bus did. Except that girl.

“It is going to take you a long time to get past this, but I have people who will help,” she said in the first soothing voice I had heard since I was seven.

I could see now how petite she actually was. It didn’t make sense in terms of the wholesale slaughter we had just walked through. What name does Death go by?

That fit the petite girl before me, not the specter of vengeance I knew her to be.

And I would never tell a soul what she truly was. 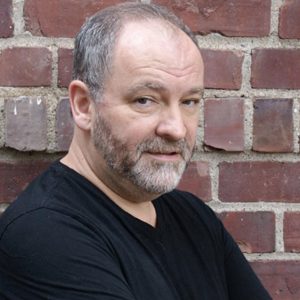