All would be forgiven, the Don promised, if Marcus killed a man. The Don talked of vaporous concepts, like the eternal legacy which extends beyond death, how every choice is an immortal echo, a permanent imprint on the consciousness of humanity. A ripple without end.

Though the Don spoke in cosmic riddles, Marcus understood their meaning. Succeed in the task and Marcus would be redeemed. Fail and he would be spoken of in fearful whispers and tones of disdain. A nameless object lesson, left to rot in the ocean’s depths.

The target was elderly and harmless and had recently bought a liquor store near the pier where Marcus had grown up. The Don insisted he die in his place of business. An attempt to make some sort of point, no doubt.

So Marcus set out to slaughter someone he did not yet know and would mourn forever. Memories flashed neon as he drove through the darkness. Memories of what had brought him to this moment. Kneecaps left intact. Debts gone uncollected. All in the name of mercy which was not Marcus’ to give. The debtors’ gasps of relief and gushing thanks reverberated in his mind. They had begged for more time; Marcus had said yes to them all.

He rolled down the window and listened to the distant lapping of waves, breathed in the salt-tainted air, and recalled a time when, as a child, he had strived to be good. But in all those hopeful years he had only managed one selfless act.

Adrian, brash and determined to swim farther out than anyone else. Then flailing, thrashing, sinking. But Marcus had braved the raging tide, and Adrian had lived. One bright deed amidst years of depravity.

Marcus smiled at the memory. Then the liquor store came into view. He was wrenched back into the present.

The place was nearly deserted. Marcus cocked back the hammer of his revolver. Covered his face and went inside. There, behind the counter, the man he must murder, standing blissfully bored. Breathing in and out in a slow way, as if he would go on breathing forever. Then the old man saw the gun pointed at him. He opened his mouth to speak but all that came out was a strained squeal.

Marcus raised the revolver. The gun gyrated in his trembling hands. He couldn’t risk missing; he put the barrel right against the target’s sweat-slicked forehead and closed his eyes. Pulled the trigger once, twice.

Then he left, quickly, before the body even hit the ground.

Marcus vomited over the side of the pier and watched the sunrise. It seemed washed out, somehow. Pale.

He turned to leave and saw a man wearing a green tracksuit jogging toward him, and the man was Adrian.

Adrian recognized Marcus first—he claimed he’d recognize Marcus anywhere. He laughed and rambled about how he had promised never to forget Marcus, how he often told his kids the about the boy who had saved his life. Then he spoke of the present; his oldest had just graduated with high honors, and Adrian’s long absent father had returned to make amends. Connections reforged, a family reborn—a beautiful thing that would not have happened if Marcus had not dragged Adrian out of the water all those years ago.

Adrian’s phone rang. He answered it. Listened for a long time, then hung up. His face drained of color, drained of hope.

“Liquor store on Ninth. My old man. He’s been shot.”

A violent refusal clawed its way up Marcus’ throat. The Don, he almost blurted out. The Don wouldn’t like that. But then Adrian buried his head in his hands; he did not cry but made horrible choking sounds. Drowning noises. Marcus watched the boy he had saved, the man he had destroyed. How in God’s name could he ever say no? 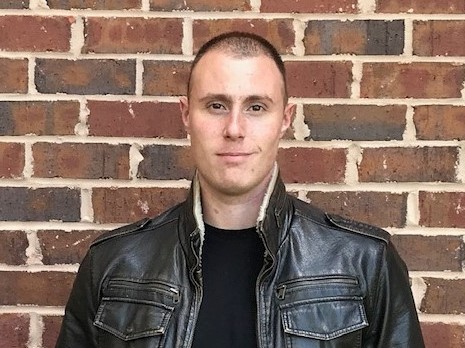 Blake Johnson's stories have appeared in Mud Season Review, Bristol Noir, Brilliant Flash Fiction and other outlets. His novella, Prodigal: An American Parable will be released soon by Trouble Department, and his novel, God-Box, is forthcoming from Literary Wanderlust. You can find him hanging out in the Twitterverse under the handle @bjohnsonauthor and can read more of his work at https://bjohnsonauthor.com/.